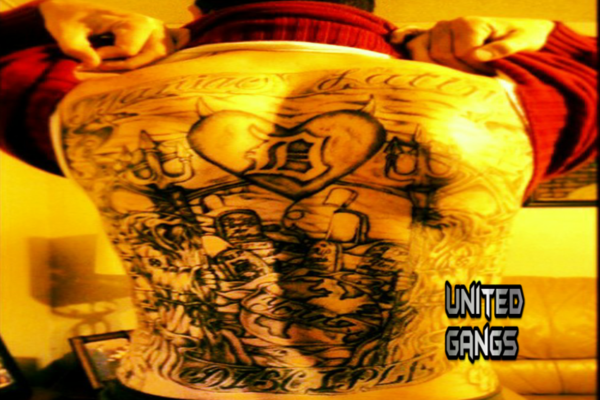 The Maniac Latin Disciples (MLD) came into existence around 1966, when the gang’s founder Albert Hernandez started moving to recruit people from the Latin Scorpions, a local baseball team playing in the Humboldt Park neighborhood of Chicago, Illinois.

The gang first came together as a defense mechanism against the continuous harassment perpetrated by local non-latino criminal organizations. Almost immediately, the gang started a war with another primarily Hispanic group; the Latin Kings.

Hernandez’s hegemony over the gang would not last long, though, as the founding member of the Latin Scorpions was stabbed and killed by a member of the Latin Kings in 1970. Several high-ranking officers filled his shoes throughout the years, while the gang started working alongside the Gangster Disciples. This cooperation eventually led to a change in the name of the group, which would from that moment onward be known as the Latin Disciples.

The gang grew tremendously throughout the 70s, and much of the 80s, gaining enough strength and power to expand throughout most of the state. Eventually, the Latin Disciples would manage to cover most of the US, from the west to the east coast.

The current leader of the gang, Fernando Zayas, rose to power in 1983, shortly after being incarcerated following an accusation of murder. Zayas still controls the gang from inside Tamms Correctional Facility, where he is held in maximum security.

The 90s and The FBI Crackdown on Gang Activities
With Zayas out of the picture, at least directly, and his second in command being arrested in 1996, the Maniac Latin Disciples waged an all-out war against several other Latino associations throughout the city of Chicago.

This heightened level of violence led to several arrests from 1998 to 1999, as Chicago Police and special FBI groups attempted to put a stop to the gang’s activities. Several members were brought in on drug charges and multiple distribution rings were dismantled. This cleansing operation would continue up to 2004, when street leaders Fiddle and Bird were also arrested on drug conspiracy charges.

Without a strong leader to guide them, many have broken away from the original Maniac Latin Disciples and the gang might be struggling to survive today more than before. Nevertheless, this Latino group is still considered a threat by police.