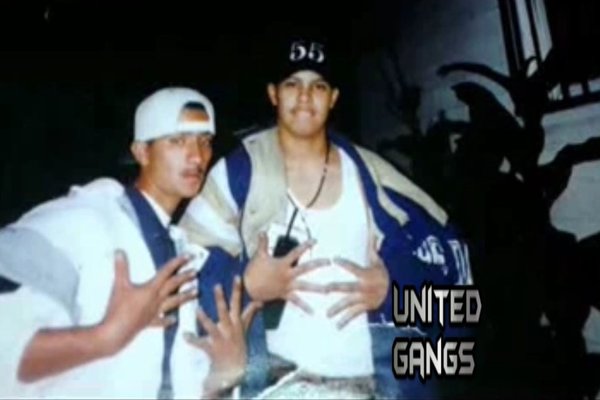 The 55 Bunch (55B or 5B5), also known as the 55th Street Bunch (55BCH) pronounced “Five-Five” Bunch are primarily, but not exclusively, a Mexican-American street gang in South Central Los Angeles, California. They control a small section on the East Side, Near Main Street between 54th and 58th Streets (also known as the 50s).

The 55 Bunch’s members are known to wear Boston’s “B” baseball caps, signifying their affiliation to the gang. Their cliques consist of the Locos (LCS), Juveniles ( JVLS), Winos (WNS), and the Bagos (BGS). May 5th (Cinco De Mayo), is the official “Hood Day” for the 55th Street gang.

Rodney (Lil C-Loco) Freeman, was an African-American rapper, despite being a Sureño gang, he was a respected member of the 55 Bunch (Locos clique). On Aug.30, 2012, the 31-year-old rapper (who was a paraplegic from a previous incident) was gunned downed in the 1600 block of West 82nd Street in Manchester Square, a district in South Los Angeles.

The 55 Bunch Gang are allied with the Hang Out Boyz (HOB), mainly to fight against larger enemies (especially the Playboys 13). For example, in 2009, the two gangs collaborated in a retaliatory shooting death of a man in the South Park area of South Los Angeles, controlled by the PlayBoys 13. The primary witness was the victim’s girlfriend, who identified a member of the 55 Bunch and a member of the Hang Out Boys.

Decades before they existed, the 55 Bunch’s territory was originally dominated by the Eastside Playboys. The 55 Bunch are rivals of all gangs on the East Side (with the exception of the H.O.B. Gang), which include the 41st Street Gang, 42 Lil Criminals, Barrio Mojados 13, and the 50th Street Gang. “French Fries” is a derogatory term for Five-Five, commonly used by their rival street gangs.