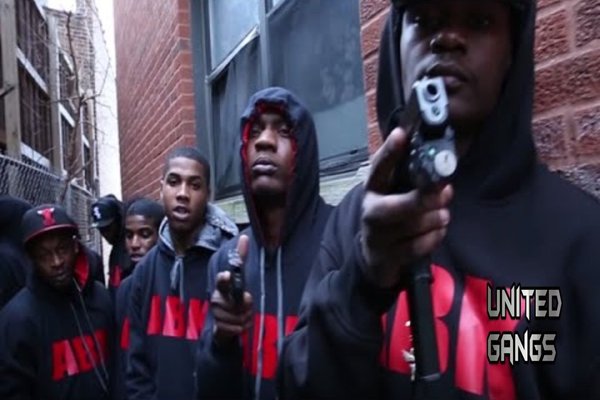 The Black P. Stones, also known as the Almighty Black P. Stone Nation, were founded in 1958 as a community outreach organization for young African Americans residing in the areas of South Chicago. The group would, at first, meet at the St. Charles Institution for Troubled Youth.

Between 1961 and 1963, members of the group would start taking part into violent activities and in the sale of prohibited substances, both within the Institution and on the streets. The former community outreach program was quickly becoming one of the most dangerous street gangs in the Chicago area.

Known as the Blackstone Rangers, the group soon turned into an extremist nationalist institution. This new philosophy, which included the voluntary involvement of its members in street violence and drugs trafficking, soon attracted the attention of Louis Farrakhan, the leader of the Nation of Islam.

Fort Conversion to Islam and Libya
Somewhere around the 1980s, after having being charged with several felonies and incarcerated,
BPSN founder Jeff Fort decided to convert to Islam. This had tremendous repercussions on both his character and the gang he was leading at the time.

Apparently thanks to Farrakhan, Fort was put in contact with several agents working with Libyan dictator Muammar al-Gaddafi. Fort would begin cooperating with the Libyan government, eventually being accused of and charged with conspiracy to commit acts of domestic terrorism.

The leader of the Black P. Stones would spend most of the rest of his life behind bars. He was first sentenced to 80 years at a maximum security facility in Illinois and then to an additional 75 years.
With Fort out of the picture and lacking a proper leader, the BPSN began to scatter. Members of the gang joined other sets or simply decided to stop their criminal activities.

Modern Day
Although the old leader still manages to make his voice heard from the penitentiary he is currently residing in, the Black P. Stones are slowly falling apart, as more and more former members step into the light to denounce and recount their time with the gang.

Nevertheless, the group is still active and can count on more than 30000 members throughout the United States. Individuals affiliated with the Black P. Stones periodically make it to both local and national news due to their sheer violence and disrespect for the law.

The gang is still widely regarded, by law enforcement agencies, as one of the most powerful and sophisticated groups calling the city of Chicago their home.