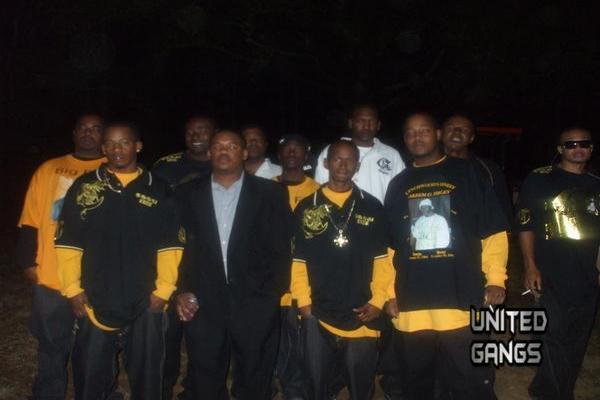 The Almighty Vice Lord Nation (AVLN), then simply known as Vice Lords (VL), saw the light of day by the end of the 1950s; the brainchild of several incarcerated African American criminals who met while serving their sentence at the St. Charles Juvenile penitentiary in Chicago, Illinois.

Once the founding members of this gang, at the time led by Edward Perry, were released, the group started their recruitment campaigns, eventually attracting the interest of even more young African Americans, who saw the Vice Lords as a solid alternative to their current life.

Then a predominantly black gang, although the organization would later accept several Latinos in their ranks, the Vice Lords began engaging in violent and at time ruthless crimes. By the mid-1960s, the gang would have specialized in racketeering, extortion, fraud, murder, and drug trafficking.

The behavior of the Vice Lord both attracted the attention of the police, who responded with an increased rate of arrests, and resulted in an extremely large wave of negative media coverage.

The Conservative Era and CVL Inc
In an attempt to mitigate the effects of such a violent repression, reduce violence within their ranks, and to make the gang look better in the eyes of the public, the original founding members agreed to several changes within the organization they were leading. The gang was renamed to the Conservative Vice Lords and started posing as a community outreach program.

While the group’s highest ranking officers were quickly consolidating neighboring associations into what would then come to be known as the modern Vice Lord Nation; a more legitimate chapter of the gang was also being built. Conservative Vice Lords Incorporated would turn into reality in 1968.

CVL Inc. actually began to receive large amounts of money and endorsements from both politicians and other legitimate business. Part of these sums were used, in the 1970s, to improve the life condition of poorer African American neighborhoods. Businesses, community centers, recreational facilities and structures providing services to the youngest parts of the population were financed and built.

The Gang In The 90s and Today
Even though CVL Inc. had been a partially successful endeavor, the Vice Lords were still the violent gang that had terrorized Chicago 20 years before. With most of the founding members either dead or in prison, the youngest members decided to reform the gang.

The Lords of Islam, a document detailing a completely new set of Muslim-inspired rules that the gang would follow from that moment onward was published by the mid-90s. Some of the oldest members of the Vice Lords still proclaim themselves as Muslims.

Today, the gang counts roughly 35000 members and is active throughout Chicago and the rest of the United States. The group still specializes in violent criminal activities, drug trafficking, extortion, robbery, and money laundering.