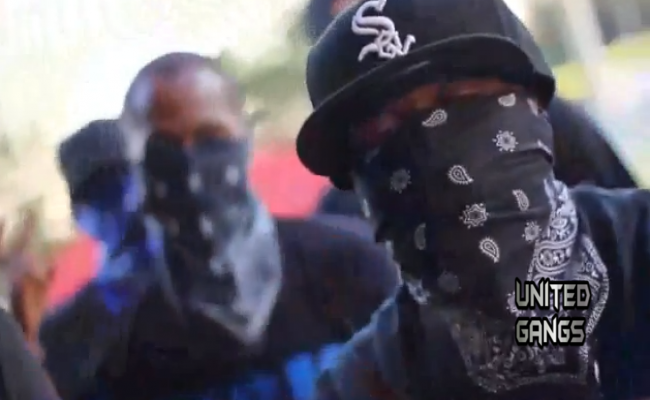 The Black Disciples (BD), also known as the Black Disciples Nation (BDN), are a large predominantly African-American street gang founded in 1960, by David Barksdale, on the South South of Chicago, Illinois. Originally from Mississippi, Barksdale and his family moved to Chicago in 1957, with the man becoming a prominent gangster within the following three years.

At the time leading the Devil’s Disciples, Barksdale would soon become a feared criminal. By the end of the 1960s, he had enough power to start absorbing smaller associations into his own, a move which would lead to the creation of the Black Disciples Nation, an alliance of more than 12 different gangs.

Scarred by the several territorial wars which would spark throughout the decade, Barksdale eventually realized how the different gangs in South Chicago would be much more efficient if they worked together. In 1969, he accepted Larry Hoover’s proposal and the two groups merged into the Black Gangster Disciple Nation (BGDN).

The 70s and Barksdale’s Death
In the years before the creation of the Black Gangster Disciples Nation, the Black Disciples had been entangled in a war with the Black Stone Rangers. In an effort to achieve superiority, Barksdale was ordered killed by one of the leaders of the opposing faction. One night, while exiting a bar, the mind behind the Black Disciples came under attack from four members of the BSR, taking multiple hits in the process.

Barksdale survived and went on to create the aforementioned alliance, eventually being named leader and King of the streets. The King would die in 1974, as a result of complications from the 1968 shootout he had managed to survive.

With its historic leader gone, the Black Disciples went through several reforms and eventually broke away from the BGDN, being recreated as a proper gang rather than a group of smaller associations.
Jerome Freeman succeeded to the King and immediately joined the Folk Nation, a newborn alliance formed in 1978. The gang would remain in good terms with Hoover’s organization until 1991.

The war continued for several years, eventually leading to the so-called Yummy case when an 11-year-old member of the Black Disciples was sent to assassinate members of a rival GD cell. Robert “Yummy” Sandifer fired his 9mm pistol multiple times, striking, among the others, an innocent 14-year-old girl who would later die from her wounds.

The girl’s death and Sandifer’s age brought the case to national and international attention. That attempted murder was one of the most evident proofs of the unstoppable gang-related violence which had developed in South Chicago.
In an attempt to reduce the volume of media attention now surrounding the gang, members of the Black Disciples kidnapped Sandifer and eventually executed him by shooting him two times in the back of the head.