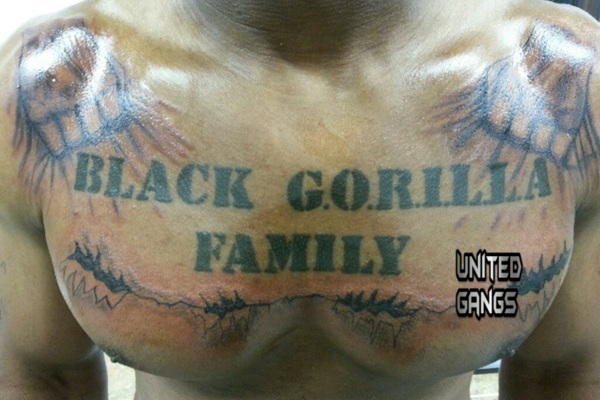 The Black Guerrilla Family (BGF) came to be in 1966, the creation of Black Panther Party member, activist, and author George Jackson and fellow inmate W. L. Nolen. At first, the project was designed as a way to resist and eradicate racism within the San Quentin State Prison in California while attempting to overthrow the current government.

The gang soon became known as a strong and organized criminal group in the United States, eventually developing an internal structure and a well-described set of rules. The attempted murder of American lawyer Fay Stender in 1979 marked the group’s entrance in the world of violent crime.

Believed to have betrayed both the Black Guerrilla Family and its leaders, the lawyer was followed to her home, where her family was tied up, while she was shot several times at point-blank. Before the lawyer was executed, the perpetrator forced her to an admission of guilt. Stender did not die immediately, but was left paralyzed from the waist down and eventually committed suicide in Hong Kong a year later, briefly after she had testified against her former employers

The BPP Schism and Newton Murder
By the early 1980s, though, the association began detaching from its former affiliate, the Black Panther Party for Self Defense. Members of the Family had lost their faith in the political campaign and in the party’s ability to protect black inmates from prison-born racism and violence.

The final schism would take place on August 22, 1989. Tyrone Robinson, a known member of the Black Guerrilla, attacked and killed BPP co-founder Huey Newton in West Oakland. The relationship between the two groups had long been in tatters.

Several members of the gang even accused Newton of being addicted to cocaine. The political figure would have, eventually, resorted to blackmailing and extortion of black dealers in order to acquire the drugs he needed.

The Black Book and Baltimore
While the gang never completely renounced their criminal activities, recent history saw members of the Black Guerrilla Family actively working towards achieving both prisoner equality for different races and the reduction of prison-related violence. As a result, a document simply known as the Black Book was created and distributed among inmates in several correctional facilities.

The book, sporting self-help rhetoric and promoting a positive outlook on life, describes the current state of the organization alongside poems, essays, and other informative material. The final manuscript is more than 100 pages long and remains officially unpublished, although copies were circulating within the prison system.

At first believed to be inciting violent uprisings during the 2015 Baltimore unrest, members of the BGF, the Bloods, and the Crips actively campaigned for peaceful and respectful protests. Several individuals eventually joined forces to disperse troublemakers or protect black children, businesses, and reporters.