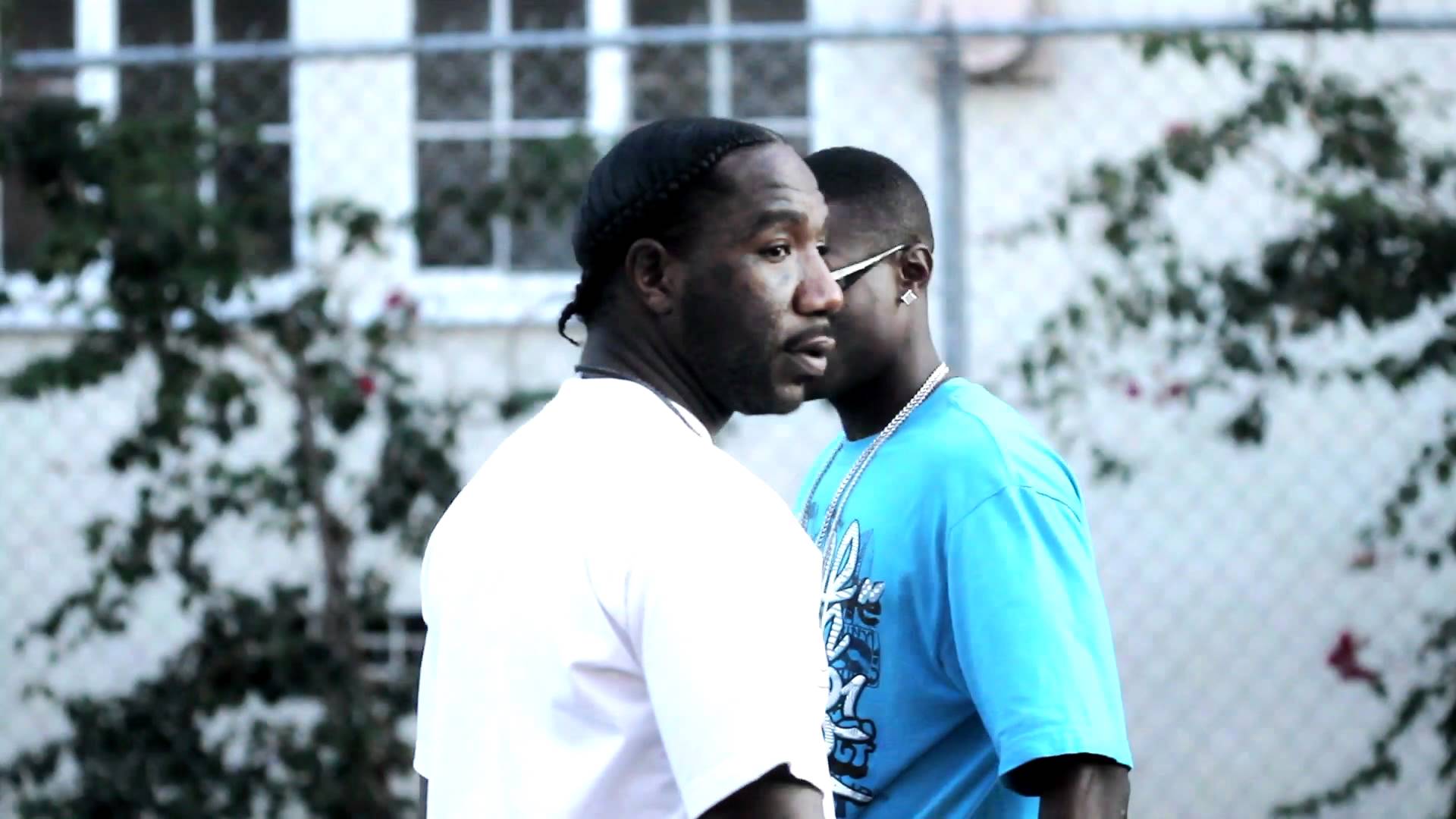 Boskoe 100, also known as Boskoe1 is an American rapper who hails from Inglewood, California. He became well-known in the music industry after a street feud, spilled onto the internet and went viral. Boskoe 100 has released several music projects after signing with One Hunnid Entertainment, a record label started by rapper Game older brother Bigfase 100, who is affiliated with the Cedar Block Piru, a street gang based in Compton, California.

In 2011, Boskoe1 started feuding with Ice Burgundy, an Inglewood native and rapper who is a member of the Neighborhood Pirus, and is signed to Bricksquard Monopoly, a record company established by Waka Floka (rapper). The feud escalated over comments made on Twitter, between the two. The feud exploded after Boskoe 100 released a diss song “Da Ice Melted” where he verbally insults Ice Burgundy and take shots at 2Eleven as well as Rosemo 700.

Boskoe 100 and Ice Burgundy, had a mutual friend who orchestrated an ambush by lowering Boskoe to a nearby park. Where an unknown car pulled beside Boskoe, which included 2Elevlen and Rosmo 700 as well as Don P, who are all affiliated with the Neighborhood Piru. Roemo 700 and Don P, are seen approaching, but only Rosemo 700 is capture attacking Boskoe 100.

The incident was recorded by 2Eleven, and uploaded to Worldsatrhiphop.com, Youtube.com and spread to numerous social sites. Less than a day later, Rosemo 700 was murdered as drove a red BMW, near an intersection in the city of Inglewood. Boskoe1 was the primary suspect in the shooting death of Rosemo 700, due to their previous physical altercation. Boskoe 100 is seen on video footage being handcuffed, questioned and cleared of any involvement.

In 2011, in the same year, in an interview Boskoe 100, quoted a popular phrase used by bloods “them ni**as treated me like a crab”. The word “Crab” is a derogatory term for Crips. Big Paybacc, a rapper who gain recognition after signing to BayMaac Records, a record label started by Spider Loc, of 97 East Coast Crips. By Big Paybacc being affiliated with the Whitsett Ave Crips, automatically felt offended by the expression used by Boskoe 100.

During a radio interview, Big Paybacc was interrupted by Boskoe, who exchanged a fury of insults. The phone conversation topics included street credibility, Rosemo 700 and album sells, the two even released diss tracks. Despite, Boskoe’s feud with Big Paybacc he maintains a good relationship with a number of crips.

In 2011, Boskoe 100, released “Yard Down” (mixtape), which is also the name of a record label (Yard Down Muzik) started by rapper G-Nutt, in 2008. G-Nutt and Boskoe1 became cool after being introduced to each other by a mutual acquaintance. However, G-Nutt who is a well-known member of the Fruit Town Brims, felt disrespected when Boskoe1 released “Yard Down” which is also the name of G-Nutt’s record label.

Boskoe 100 was involved in a minor feud with 40 Glocc (rapper), who is signed to G- Unit Records and is affiliated with the Colton City Crips. Boskoe became enraged with 40 Glocc, due to his crusade on bloods in the music industry such as Compton Menace, Game and lil Wayne. As a result, Boskoe 100, released a single accompanied by a music video featuring Redrum 781 of Avenue Piru Gang.