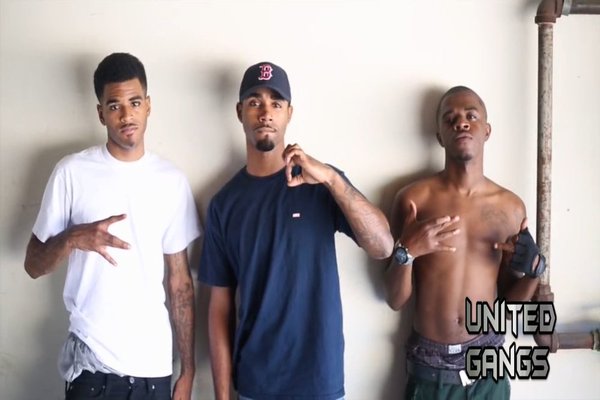 The Blvd Mafia Crips were originally known as the Boulevard Boy Crips A.K.A. Boulevard Boys and are one of the oldest and largest crip sets in North Long Beach. Their main cliques are 68th Street (68 BMC), 68th Way (Way Gang), 69th Street (69 BMC) and 69th Way, together these cliques are known by many as the 60s.

By the 1990s, they officially dropped the Boy from their name and adopted “Mafia” aligning themselves with Mafia Crips. Members of the Boulevard Mafia Crips are known to sport powder blue bandanas and  Boston Red Socks baseball caps with the letter B which corresponds to Boulevard.

The Blvd Mafia Crips are allied with the Mac Mafia Crips and the Original Hood Crips. This alliance is known as M.O.B. (Mafia-Original-Blvd), along with the Bricc Boy Crips and together they are rivals of the Sex Money Murder (SMM), Insane Crips, Naughty Nasty Gangster Crips and especially the Varrio Longo 13.

Other rivals of the Boulevard Mafia Crips are the Blacc Bandit Crips, located on the East Side of Long Beach. They are allies of the Neighborhood Compton Crips, mainly due to their common rivalry with the South Side Compton Crips. This rivalry between the Blvd Crips and the South Side Crips dates back to the 1980s, due to both gangs being located on the border of Long Beach and Compton.