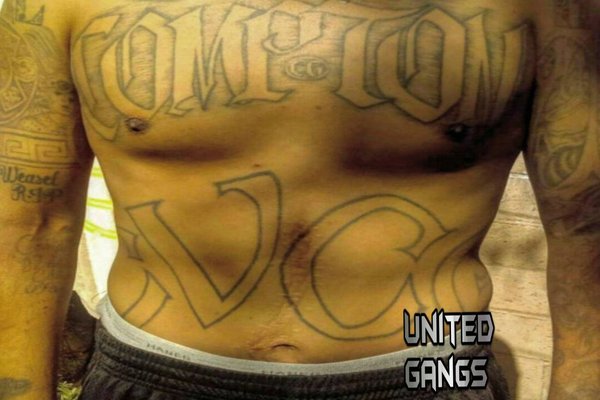 The Compton Varrio Chicano Gang share their neighborhood with the Kelly Park Compton Crips, an African-American criminal street gang and overlaps with the Compton Varrio 70s. The Compton Police Department, which disbanded in 2000, have been tracking their gang activity since the 1980s.