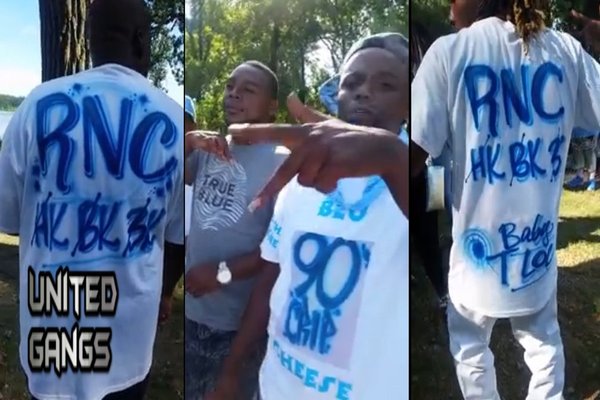 The East Nashville Crips stemmed, at the beginning of the 1990s, from the original Rollin’ 90s Crips of Los Angeles, California. Jamal Shakir, leader of the latter gang, opted to move to Tennessee to expand the group’s influence and gain control over more territory. Along with some of his fellow criminals, the African-American man chose the city of Nashville as the headquarters for the new chapter of his criminal group.

East Nashville Crips’ activities are challenging to date, since no physical hard proof of their earliest crimes is available. Most prosecutors and gang historians, though, agreed to use the retrieval of a former Los Angeles Park employee turned drug dealer’s body in Cheatham County, within the Nashville Metropolitan Area, as the gang’s birth date. The body was discovered in 1994.

Activities and Crimes
As the gang is a subset of a much larger operation, the East Nashville Crips maintain a good standing with both other Crips sets and their parent group: the Rollin’ 90s Crips. Throughout most of the 90s and 2000s, Jamal Shakir put the newfound group in a support position, hoping that doing so would strengthen the flow of drugs passing through California, Tennessee, and Oklahoma.

Members of the Nashville 90s Rollin’ Crips, most of which are of African-American descent, have also found themselves entangled with other crimes both within their original territory and across the state. These activities obviously include drugs trafficking, but have recently expanded to cover more violent actions such as robberies, rapes, and murders.

Recent Developments and Current Gang Status
Between 2008 and 2009, the Nashville 90s Rollin’ Crips lost one of their most valuable members and assets. Following a long investigation into his case, high-ranking Enforcer Donnell Young, by a majority considered the current leader of the association, was sentenced to life imprisonment. Young pleaded guilty to drug trafficking, assault, firearms offenses, and murder.

The plea encouraged federal prosecutors to back down from their original proposal for a death sentence. Also in 2008, former leader Jamal Shakir saw an additional 20 years being added to his original 16 lifetime sentences. The decision was taken after Shakir was found responsible for other criminal activities, including a planned prison-break.

In recent years, the gang seems to have been subjected to a surge of interest from both traditional and alternative media outlets. Videos depicting the East Nashville Crips and articles discussing some of their past deeds or related stories are currently widely available throughout the internet.