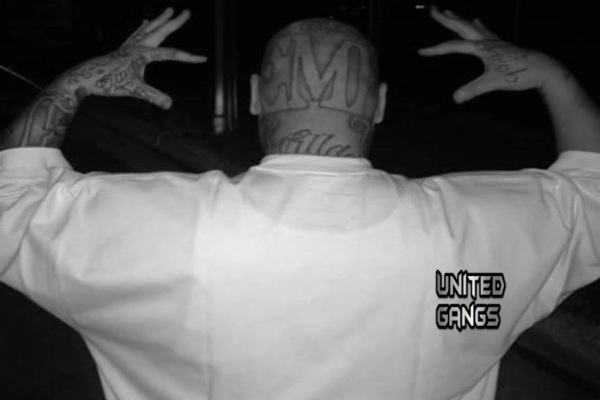 El Monte Flores (Flores is Spanish for flowers), also known as EMF, is a multi-generational Hispanic street gang based in El Monte and South El Monte, in the San Gabriel Valley, in Los Angeles County, California. Their name is derived from Barrio Las Flores, a poor neighborhood in South Flores, near flower nurseries.

Sources seem to disagree on the date of birth of this gang, with El Monte Flores already being mentioned between the 1940s and the 1950s. The gang originated in the city of El Monte, California, which remains the group’s namesake.

Mostly comprised of Chicano, Mexican, and Mexican-American males, it would be easy to theorize how the first members came together along racial lines. Just like with many other primarily Hispanic gangs, El Monte Flores probably started as a social club aimed at protecting immigrants from both physical and verbal abuses.

As the years went by and more individuals decided to join the group, El Monte Flores eventually managed to expand their reach to include several neighborhoods. Throughout the seventies, the gang started exercising their influence on both North and South El Monte. The larger number of active members gave this group a chance to acquire notoriety.

The 80s and The 90s
Although the gang did not directly take part in any major prison wars throughout the 70s, El Monte Flore somehow came in contact with La eMe, the Mexican Mafia. Between the 80s and the 90s, new drugs began flowing to the South of the United States. Mexican and other southern American cartels were suddenly in need of new local criminals to distribute their products.

While maintaining cultivation of their already established criminal activities, members of El Monte Flores eventually began specializing in the trafficking and sale of narcotics. The aforementioned large number of people and their ability to cover large parts of the county made this gang particularly suited for the task.

Drugs thus became the association’s main source of revenue. Alongside more well known substances such as cocaine and weed, the group also experimented with newer products. The diffusion of PCP, ecstasy, heroin, and crystal methamphetamine in the area can mostly be blamed on this group.

Current Days
Today, El Monte Flores counts more than 3000 active members throughout the San Gabriel Valley and is often considered one of the largest and oldest Hispanic criminal associations in the region. While outside of the Federal Prison System, members of the gang can be easily recognized by their tattoos and colors. Most affiliates sport the words “Monte Flores” and “Flores” or the acronym “EMF”.

Like other gangs affiliated with the Mexican Mafia, members of El Monte Flores are asked to set their differences aside and join the Sureños while in prison. The gang also pays a tribute and other taxes to La eMe in exchange for protection.