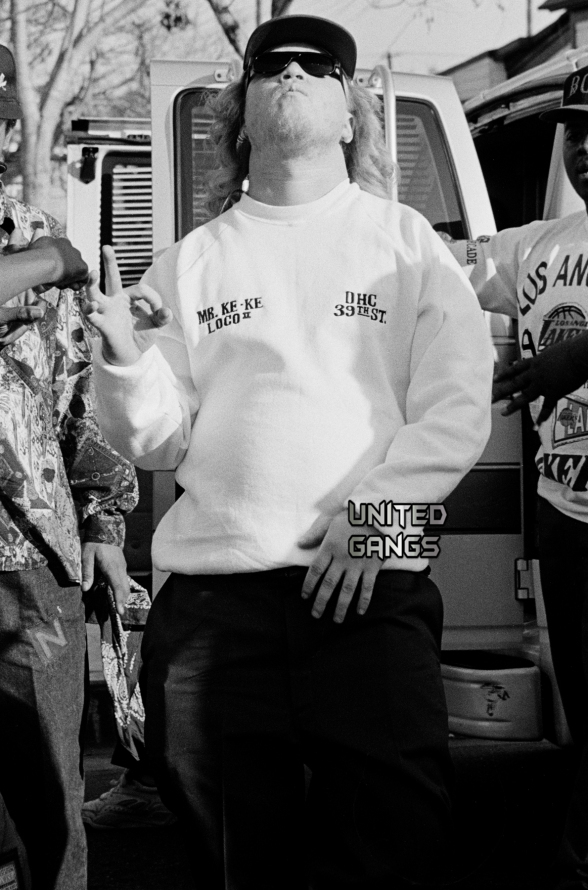 Keke Loco also known as Lil Keke Loco is an African-American rapper from the Westside of South Los Angeles, California. Keke Loco made his debut in the 1990s with N.O.T.S. (Niggaz Off The Streets) the True Blue Trilogy thru Ain’t Jokin Records. Keke Loco is also affiated with the West Side Rollin 30s Harlem Crips (39th St and Denker Ave).

Keke Loco were involved in a feud with members from the Bloods & Crips (rap group) in the 1990s. Keke Loco made a diss track entitled “bustas on waxs”  where he take aim at Bloody Mary, Redrum 781 (APG), Awol (KPCC), Big Wy (CMB), Sin Loc (KPCC), and many more. Keke Loco considers the members from (Crips & Bloods) Bangin On Wax, a disgrace to all real “Bloods and Crips,”  its disrespectful to all the fallen gang members who lost they life over colors, it’s like spitting on their graves.