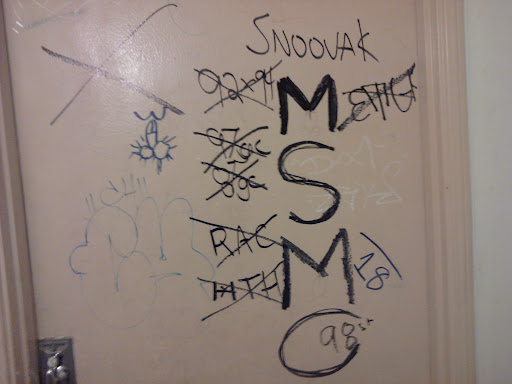 Ladell Rowles is also a good friend of Shaquille O’Neal (former NBA basketball player). Which, many believe Shaq founded a number of Ladell Rowles business ventures. Dell Dog is believed by law enforcement to have contribute large amounts of money and heavy assault rifles to fellow members of the Main Street Crips.

On July 9, 2015, Del Dog was gunned down near Broadway and Century Blvd in South Los Angeles.

The Main Street Crips have a history of being in the news. In 2008, the Main Street Crips, made headlines when Shaquille O’Neal, former acquaintance Robert Ross, was kidnapped and beaten at gunpoint. Robert Ross told investigators during an interview that he believed O’Neal was behind the attack because of a business deal gone bad and because O’Neal believed he had a sex tape. Ross later told police he was “bluffing” about the tape.

The incident, led to the arrest of seven members of the Main Street Crips. The gang members face charges of kidnapping, robbery, assault with a firearm and criminal conspiracy. Ross stated that his childhood friend Ladell Rowles, led the assault. Police authorities, believe the beaten was the result of Ross, having an affair with Shaquille’s wife (Shaunie O’Neal).

The Main Street Mafia Crips are allies of all gangs under the Mafia Crips brand. The Main Streeter’s and The Hoovers, had one of the tightest alliance throughout the history of LA gangs. Allegedly, the Main Street Crips threw a house party, and the Hoovers were invited. However, this led to a confutation between the two gangs, which turned deadly over night.

August 16, 2009, Dequawn Allen also known as Four Star, a member of the 94 Hoovers was walking from a shopping mall (Broadway Swatmeet) on 87th Place and Broadway. Allen, were wearing a organge bandana when he was approached by Kristofer Thomas, a member of the Main Street Mafia Crips.

Thomas asked Allen “where you from” Allen said “94 Hoover Criminal Gang” and was shot moments later by Thomas. Allen died shortly after the shooting, he was only thirteen years of age. Thomas was sentenced to 50 years to life in state prison, the sentence consisted of 25 years to life for murder, plus 25 years to life for the use of a firearm.

On Aug. 25, 2009, a gunman walked into the heart of the Main Street Mafia Crips neighborhood, on Main Street itself, and open fired shooting Drayvon James, 29, and Robert Nelson, 16. Both of the victims, died from multiple gunshot wounds. Police believe the Hoovers were responsible for the killings (up close and personal).