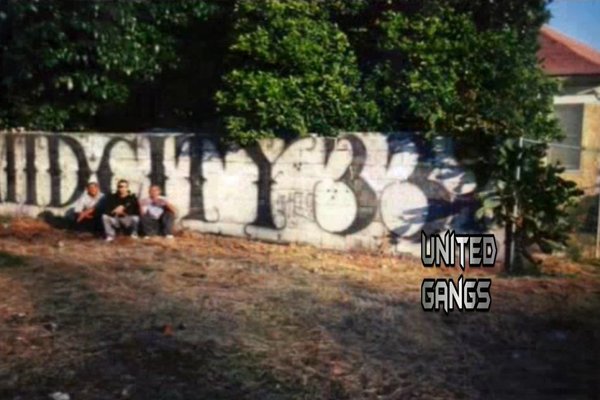 The Mid City Stoners (MCS), also known as the Mid-City Stoners 13 are a Mexican-American criminal street gang located in the City of Los Angeles and Long Beach, California. They were originally known as a Stoner Gang during the 1970s, before morphing into a violent Sureño street gang with subsets in the Antelope Valley and Portland, Oregon.

The Mid City Stoners “adopted the term “Stoner” to signify their love of getting stoned on dope and to honor the band the Rolling Stones,” according to Sgt. Richard Valdemar, a retired police officer from the Los Angeles County Sheriff’s Department. They were founded in the Mid-City/Wilshire area and later emerged on the Eastside in South Los Angeles, formerly known as South Central.

Their territory stretches from West Olympic Blvd and West Pico Blvd, near Crenshaw Blvd. The Hobart Blvd Locos (HBLS), were one of their most active cliques during the 1980s, located between Ardmore Avenue and Western Avenue, near 11th Street. They share parts of their barrio with the Rollin 20s Neighborhood Bloods., one of the largest and oldest African-American street gang in the Los Angeles County.

The Mid City Stoners were one of the primary targets of the Wilshire Gang Impact Team, especially after murdering a police officer in 2003. The 33rd Street Locos clique of the Mid City Stoners are located on the East Side of Los Angeles and are named after 33rd Street, between Compton Blvd and Long Beach Blvd. Their neighborhood overlaps with the Barrio 38th Street, a ruthless Latino street gang, according to researchers at UnitedGangs.com

The Westside Mid-City Stoners are allies of 42nd Street Criminals and are rivals of the Mid-City Winos, a clique of the Mara Salvatrucha (MS13), 18th Street Gang, and the Playboys 13. They are also rivals of the Black P-Stone Bloods and the Rolling 20s Bloods, the prominent African-American blood street gangs in the area.

The Eastside Mid City Stoners are rivals of the Bounty Hunter Bloods, especially the “Tray Line” clique located on 113th Street and Belhaven Street. The feud between the two warring gangs reached a boiling point when members of the Bounty Hunter Bloods, murdered the brother of a member of the Mid City Stoners, a few days before Christmas Eve in 2009.