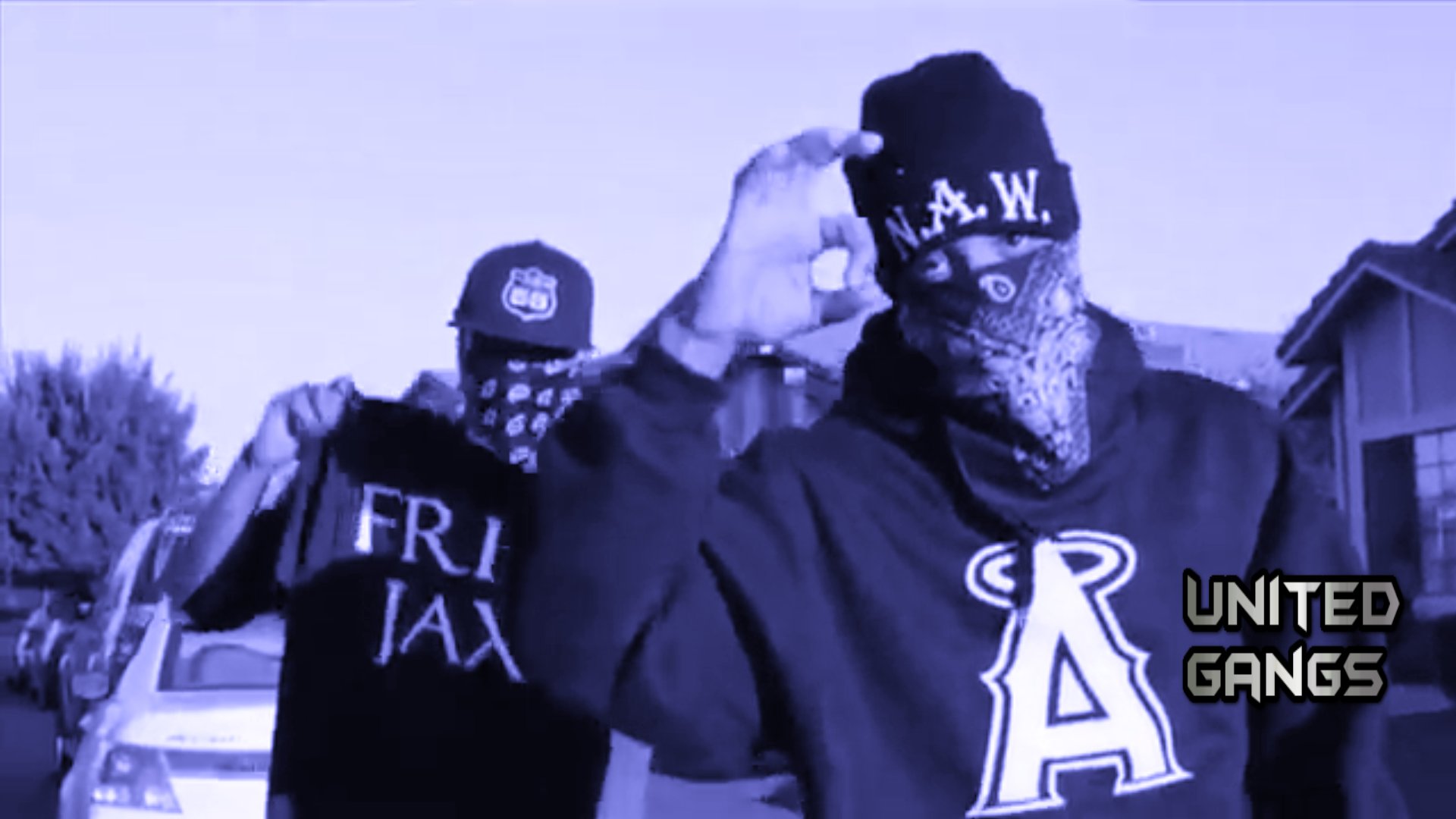 The N.A.W. Gang (“Niggas Always With It”), also known as the NAW Gangsters are primarily an African-American criminal street gang with cliques concentrated in the cities of Ontario, Rancho Cucamonga, Fontana and Rialto, in the Southwest region of the San Bernardo County, California. They originated in the early 2000’s, with multiple cliques such as the “Center Park” NAW Gang and the “66” NAW Gang as well all as the “2nd Street” NAW Gang and the “TB” NAW Gang.

The Center Park N.A.W. Gang (CBPG), also known as the East Side Center Park N.W.A. Gang are located in Ontario, California. Their neighborhood stretches from Turner Avenue to N. Center Avenue, between Inland Empire Blvd and 4th Street. They are known to congregate around Corvette Drive and Triunph LN. The 66 NWA Gang clique is also located on the East Side, but in the neighborhood of Rancho Cucamonga, and is named after Route 66 (Foothill Blvd).

The NAW Gang “West Side” cliques, consist of the 2nd Street based in Fontana and the Tuk-E Boys (TBNG) who operate in the city of Rialto. Members of the NAW Gang are known to sport “black” as their primarily color, accompanied with apparel by the Angels, a professional baseball team named after the city of Los Angeles, California.

The NAW Gang, falls under the 3x (Trays) umbrella also known as the Gangster Crips, commonly referred to as the Movin Gang. They are known to feud with near-by gangs under the Hustlers umbrella, such as the 4th Street Hustler Crips, Hustla Squad Clicc, and Hustler Gang (HG), also known as the Koehler Park Hustlers.

The NAW Gang were engaged in a bitter rivalry with the Cucamonga Kings, the largest Latino gang based in the Rancho Cucamonga. This rivalry, only intensified after the shooting death of a NAW Gang member who was killed near a market on 25th Street near Hermosa Avenue, in 2005.