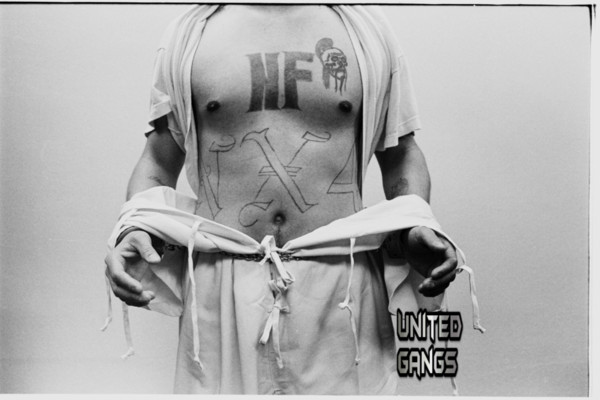 The Nuestra Familia (Spanish for Our Family), was created in 1968 as a response to increased pressure from the Mexican Mafia within the Californian prison system, the Nuestra Familia group is a mostly Mexican-American criminal association comprising inmates throughout Northern California.

While often considered to be a part of the Norteños organization; Nuestra Familia could actually be described as a gathering of smaller regional gangs who decided to come together and create a united front against the power of La eMe. As such, the association primarily operated within correctional facilities, with its leaders residing at Pelican Bay State Prison.

Several confrontations between members of Nuestra Familia and La eMe led to open hostilities in 1968. The war, which has been described as one of the bloodiest conflicts in the history of Californian organized crime, lasted more than 30 years and was the driving force behind, at least, 600 murders.

Operation Black Widow and Restructuring
While the group mainly worked within prison walls for much of the 70s and the 80s; the 90s were characterized by a rapid expansion which put Nuestra Familia in contact with several other organizations through California and the rest of the United States.

It was at that time that law enforcement personnel began looking into the activities of this gang, eventually gathering enough resources and intel to mount a large frontal attack. The operation, known by its code-name: Black Widow, aimed at damaging and destabilizing the internal structure of Nuestra Familia by means of targeting its leaders.

In 2001, the five highest-ranking commanders of the gang were transferred to a maximum security prison in Colorado. With no leaders in Pelican Bay, generals began fighting for power. Eventually, David “DC” Cervantes emerged as the sole leader of all Nuestra Familia activities in California.

Operation Knockout and Current Activities
While Cervantes was seizing power and working on the restructuring of his gang, both federal and local police still struggled around the clock searching for a way to put an end to the Nuestra Familia group. After months of investigation, in April 2010, Operation Knockout was authorized.

With the final objective being to take down the leadership of Nuestra Familia, multiple raids were conducted throughout the state. As a result, more than 35 gang members were taken into custody. Several pounds of drugs, as well as multiple automatic weapons, were also discovered.

Today, the remaining members of Nuestra Familia profit from the distribution of cocaine, heroine, cannabis and other drugs to inmates, as well as from the sale of weapons and the extortion of local dealers and drug distributors on the streets. Murder and theft are also often associated with this particular gang.