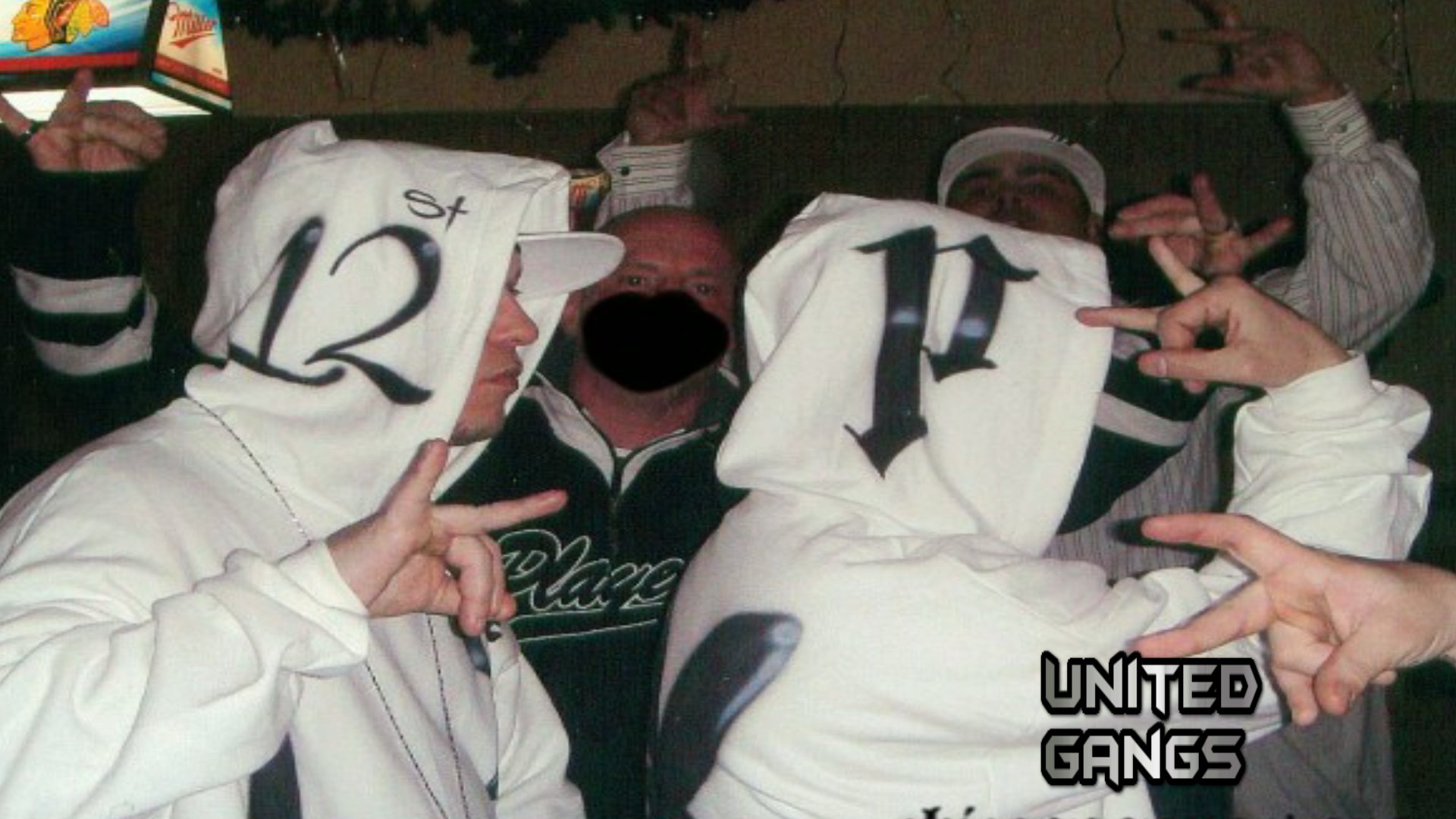 The 12th Street adopted “Sharkies” during the 1950s, which is derived from Sharkies Park (also known as Madison Park). In 1972, the park was built with federal funds to provide neighborhood kids with alternatives to gang violence, but it backfired by becoming a playground for the 12th street Gang. Not to be confused with the Hillside 12th Street, a Latino gang based in Hillsboro, Oregon.

In April 21, 2004, the Pomona 12th Street made headlines after a 16-year-old Valentino Mitchell Arenas shot and killed 35-year-old Officer Thomas “Tom” Steiner (California Highway Patrol) in front of the Pomona Courthouse. On April 21, Officer Steiner was in the process of crossing the street after testifying in court regarding five traffic citation related cases.

16-year-old Arenas drove up and open fire, striking the California Highway Patrol officer twice in the chest and once in the head. Steiner was transported to Pomona Valley Hospital Medical Center where he died several hours later from the gunshot wound to the head. Valentino Mitchell Arenas, stated that the shooting was an attempt to gain credibility (stripes) with the Pomona 12th Street Sharkies.

The killing of Officer Thomas Steiner, has touched the hearts of family, friends and law officers across the nation. Arnold Schwarzenegger, governor of California, ordered Capitol flags flown at half-staff in the slain officer’s honor. Officer Thomas Steiner left before 3-year-old daughter and a grieving wife. Valentino Arenas was sentenced to life in prison without the possibility of parole. He received an additional 25-years-to-life sentence for using a firearm.