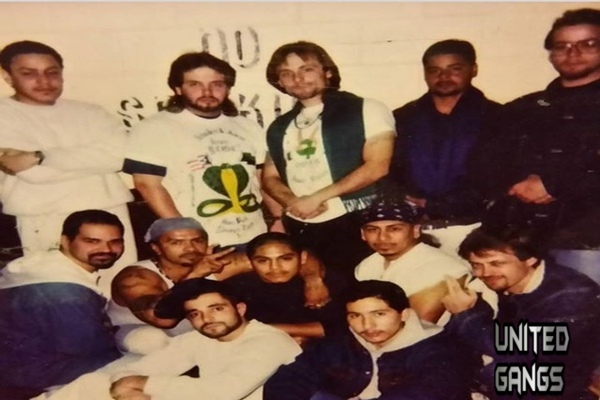 The Spanish Cobras (SC), also known as the Insane Spanish Cobras (ISC) is widely regarded as a product of the 1960s, there are several accounts of activities carried out in the area of Chicago in the early and mid-1950s by a mostly Latino criminal organization then known as the Crazy Snakes. According to some, these would then evolve in the modern Spanish Cobras.

Whether these stories are true or less, the Spanish Cobras were definitely active from the 1960s, spending most of the decade fighting a ruthless war with the Latin Kings and other Latino, as well as white, local gangs. As the decade drew to a close, the gang leaders decided, probably in an attempt to solidify their position, to sign a treaty with other local gangs.

As a result, the United Latino Organization would come into existence. This alliance lasted until 1978, when the majority of its members were given the right to vote and decided to join the newborn Folk Nation. Their time as a part of this group gave the Spanish Cobras the chance to expand. By 1980, the group controlled a good chunk of the city, stretching from Augusta to Maplewood and Division.

The Gang in The 1980s and 1990s
Still a part of the Folk Nation, and thus bound to respect its members and regulations, the Spanish Cobras pushed further into Chicago, eventually managing to seize and maintain control of additional neighborhood. Their expansion would, later, result in a war with the Simon City Royals.

As their alliance began to shatter, in 1992, the Spanish Cobras partially withdrew from the Folk Nation and went on to create the Insane Familia. This was to be a group of some current and former members of Folk who controlled the northernmost parts of the city.

Both the Insane Familia and the Manic Family, the former including old rivals of the Spanish Cobras such as the Latin Kings began to grow in size and power, eventually making plans to capture and hold additional parts of the city. This confrontation led to an all-out war in the 1990s.

Spanish Cobras Today
Today, the gang still retains most of its power and has expanded well beyond the boundaries of Chicago. The Spanish Cobras can be found in other cities and locations throughout the entirety of the United States.

Partially thanks to their standing alliance with some of the other gangs within the Folk Nation, the Cobras can now be found in all of Illinois, Milwaukee, Wisconsin, the city of Detroit and Michigan. Just like many others, the gang specializes in a variety of crimes including drugs trafficking, violent behavior, murder, and theft.