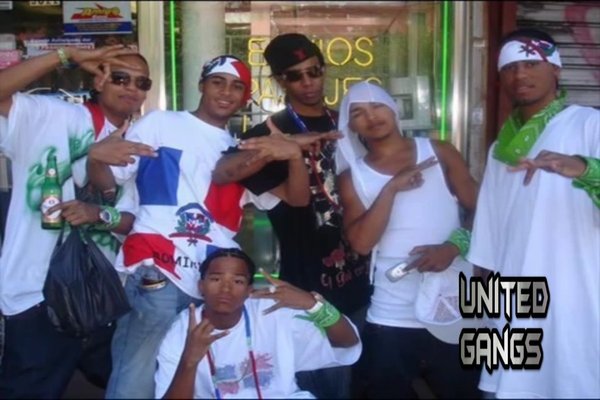 The Trinitarios (3NI), also called Trinitarians are the largest Dominican-American prison and street gang located on the East Coast of the United States, with subsets in New Jersey, and in all five Boroughs of New York City: The Bronx, Manhattan, Brooklyn, Queens, and Staten Island.

Foundation and Early History
The history of the Trinitarios finds its roots in one of the most fascinating tales of patriotic nationalism and rebellion. It was the year 1884 when three Dominican revolutionaries took up arms to lead the fight that would see their country achieve its independence from Haiti.

Both the name Trinitarios and some of the gang’s commandments and beliefs directly derive from the actions of those battles. The group was originally put together in 1989 within the New York City Correctional System and was to serve as a way to protect fellow Dominican inmates from the threat posed by other Latino gangs.

Expansion and Criminal Activities
As the years went on and members of the gang reached the end of their sentences, the Trinitarios evolved from a prison-based group to become a more standardized enterprise operating both inside and outside of the United States Correctional System.

While no specific individual seems to be responsible for such developments, members of the gang would eventually move to Europe, South America, and Asia where new chapters were formed and are currently active.

The newborn street gang soon expanded its activities beyond the mere role of a vigilante army to encompass more profitable trades. Since the 1990s, the Trinitarios are reportedly dealing in drugs and weapons trafficking. Additionally, the gang is famous for its violent crimes which include robberies, kidnappings, assaults, rapes, and murders.

The Bronx chapter of the Trinitarios are commonly referred to as The Bronx Trinitarios Gang (BTG) are made up of several cliques such as the Bad Barbies, the female counterpart of the Bad Boys (Chicos Malos). Composed primarily of females with Dominican descent, the Bad Barbies, are the largest female gang in The Bronx.

The Bad Barbies were lead by Maria Mejia, who in 2014, pleaded not guilty in a Manhattan federal court to various crimes including the 2005 murder of a 20-year-old member of Dominicans Don’t Play, a rival gang of the Trinitarios. Her 2011 attempted murder charge involves luring a robbery victim to the front of a Mexican bar where he was shot.

Recent Reports
Today, the Trinitarios remain one of the most active and well-known Latino gangs both inside and outside of the territory of the United States. The group boasts headquarters and strongholds across the majority of Europe’s largest cities. Among other places, members of the Trinitarios can be found in Spain, across France, and even in Italy.

Recently, the organization made it back to the headlines when, in 2014, the gang’s national leader Leonides Sierra was sentenced to 19 years in prison for his involvement with the group. Sierra, whose previous sentences amount to a grand total of 221 years of imprisonment, is by many considered the mastermind behind a large chunk of the Trinitarios’ activities.

Outside of the States, this criminal enterprise was often featured in articles and other media reports. In 2016, Italian publication Il Giornale released a lengthy piece centered around the gang. The original article, in Italian, describes the group’s activities, modus operandi, and strength within the city of Milan, even attempting to draw a connection between some of the settlement’s most recent violent crimes and this international association.