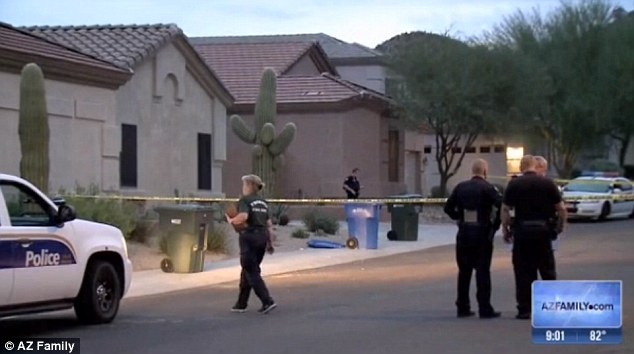 – Authorities say two dead bodies have been found at a north Phoenix home and it appears to be a murder-suicide.
Police said a 14-year-old girl returned home Tuesday afternoon to find her stepfather dead in the home along with a gun.
Police said the girl’s mother was found dead in the garage while seated in a car with gunshot damage to the vehicle.
They said it appears the shootings may have occurred sometime Tuesday morning.Neighbors told police that they heard gunshots around 7.30am

Police said the couple had recently separated and the man had to be out of the home by Tuesday.
The house is in a gated community near 67th Avenue and Jomax Road. Neighbors expressed their sympathy for the family.

PHOENIX-Police have released the names of the two people found dead in a North Phoenix home on Tuesday in apparent murder-suicide.
The victim was identified as 52-year-old Jennifer Palmer. The suspect is 52-year-old Blaine Palmer.
Investigators said a note was found in the home.