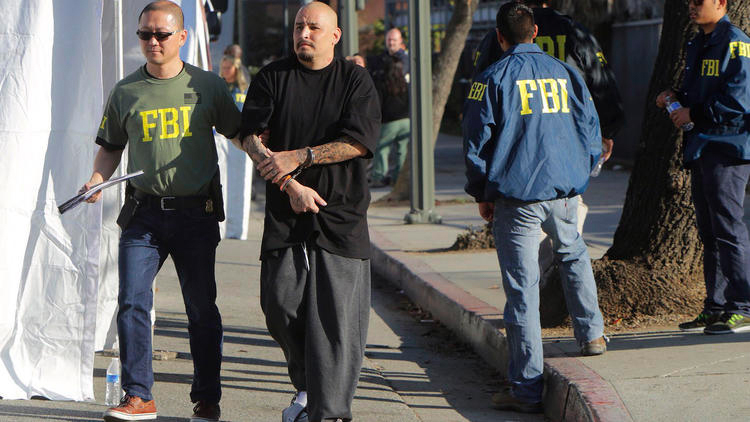 Twenty-five members of an East Los Angeles street gang were arrested and five more were being tracked as fugitives as hundreds of agents swarmed the Eastside on Wednesday in an operation authorities said was aimed at weakening a gang that has been rooted in the community for decades.

The gang has been active in Boyle Heights for 50 years, officials said, describing the raids as a “day of accountability.”

Federal prosecutors announced a sweeping indictment Wednesday morning against the Boyle Heights-based street gang, which they say has “deep ties” to the Mexican Mafia prison gang.

At least 38 members of the Big Hazard gang were indicted under the federal Racketeer Influenced and Corrupt Organization (RICO) statutes, federal officials said.

Click here to read the full story on LATimes.com.