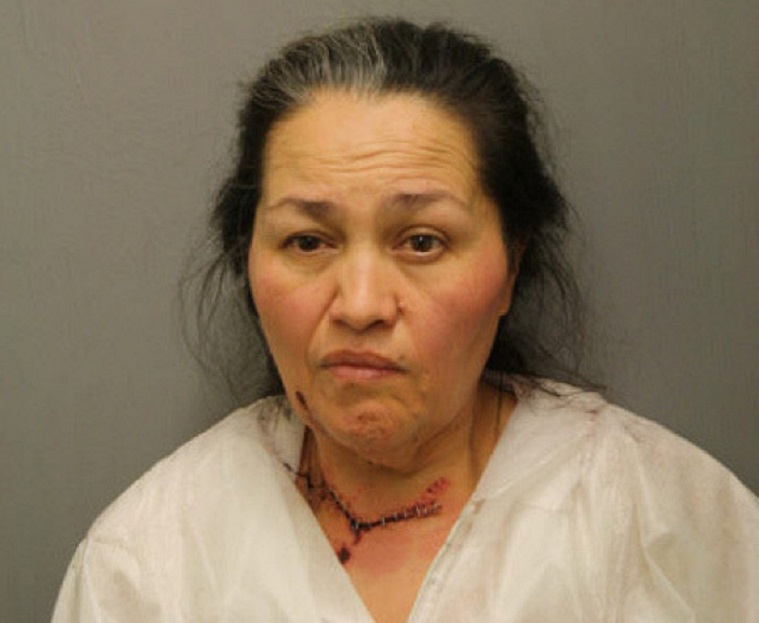 A 52-year-old woman was charged with the murder of her granddaughter, a 7-month-old whose neck was slashed with a circular saw in the Little Village neighborhood on Monday.

Manuela Rodriguez, of the 2800 block of South Avers, was charged with one count of first-degree murder, according to Tandra Simonton, spokeswoman for the Cook County state’s attorney’s office.

A bond hearing was scheduled for Wednesday, Simonton said.

Investigators suspect the woman used the saw to stop the child from crying, a police source said.

Family members told authorities that Rodriguez, who had been taking care of the child in a house in the 2800 block of South Avers, had been taking antidepressant medication

Authorities responding to a 911 call arrived at the home and the infant was found unresponsive around 9:40 a.m
on Monday the baby, was dead on the scene, police said.

She was identified as Rose Herrera by the Cook County medical examiner’s office. An autopsy Tuesday found she died of blunt-force injuries to the head, with suffocation from a sock being placed in her mouth a contributing factor. Her death was ruled a homicide.

A police source said Rodriguez stuffed a sock in the girl’s mouth, struck her in the head with a pipe wrench, then cut her neck and shoulder with the circular saw. She then cut her own neck with the saw.

She was taken to Mount Sinai Hospital with the self-inflicted wounds, police said. Her condition had stabilized.

The Illinois Department of Children and Family Services has no record of previous contact with the family, spokeswoman Veronica Resa said, citing initial reports.

Ben Llamas stood outside the home on Avers on Monday morning. He said his best friend, who shows him pictures of his baby every day, lives in the house.

Llamas, who works with his friend at a grain elevator, said his pal became distraught after receiving a phone call Monday.

Llamas said his friend moved into that house about a year ago with a woman, and her parents live there as well.

A neighbor said the family lives on the second floor of the building, while the owners of the property live on the first     Manuela Rodriguez  is scheduled to appear in court for a bond hearing Tuesday afternoon.

The state’s attorney’s office could not immediately confirm if Rodriguez had  an attorney.