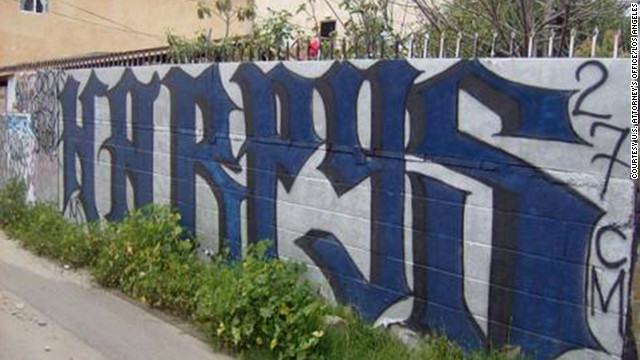 The daughter of an imprisoned Mexican Mafia kingpin who pleaded guilty to racketeering and drug trafficking charges and admitted carrying out her father’s orders in running a brutal Los Angeles street gang was sentenced on Monday to 15 years in prison.

The sentencing of 39-year-old Vianna Roman marked the final chapter in a lengthy federal case targeting the Harpys street gang that saw a total of 29 defendants charged under the U.S. Racketeer-Influences and Corrupt Organizations Act.

She is the daughter of Danny Roman, who prosecutors say oversaw the Harpys despite his incarceration in northern California’s super-maximum-security Pelican Bay State Prison.

Prosecutors say Vianna Roman acted as her father’s surrogate, controlling the gang on her father’s behalf of Danny Roman while he was locked away at Pelican Bay.

Of the 29 defendants originally charged in the case, 25 have been convicted while three remain fugitives. Federal charges were dismissed against one other defendant following his state court conviction on murder charges.

The so-called “shotcaller” of the Harpys, 38-year-old Manuel Valencia, was sentenced on March 2 to 27 years in federal prison after pleading guilty to racketeering and drug trafficking charges.

Prosecutors say Danny Roman gave orders from behind bars for his foot soldiers to carry out the murders of rival gang and Mexican Mafia members and extort businesses.