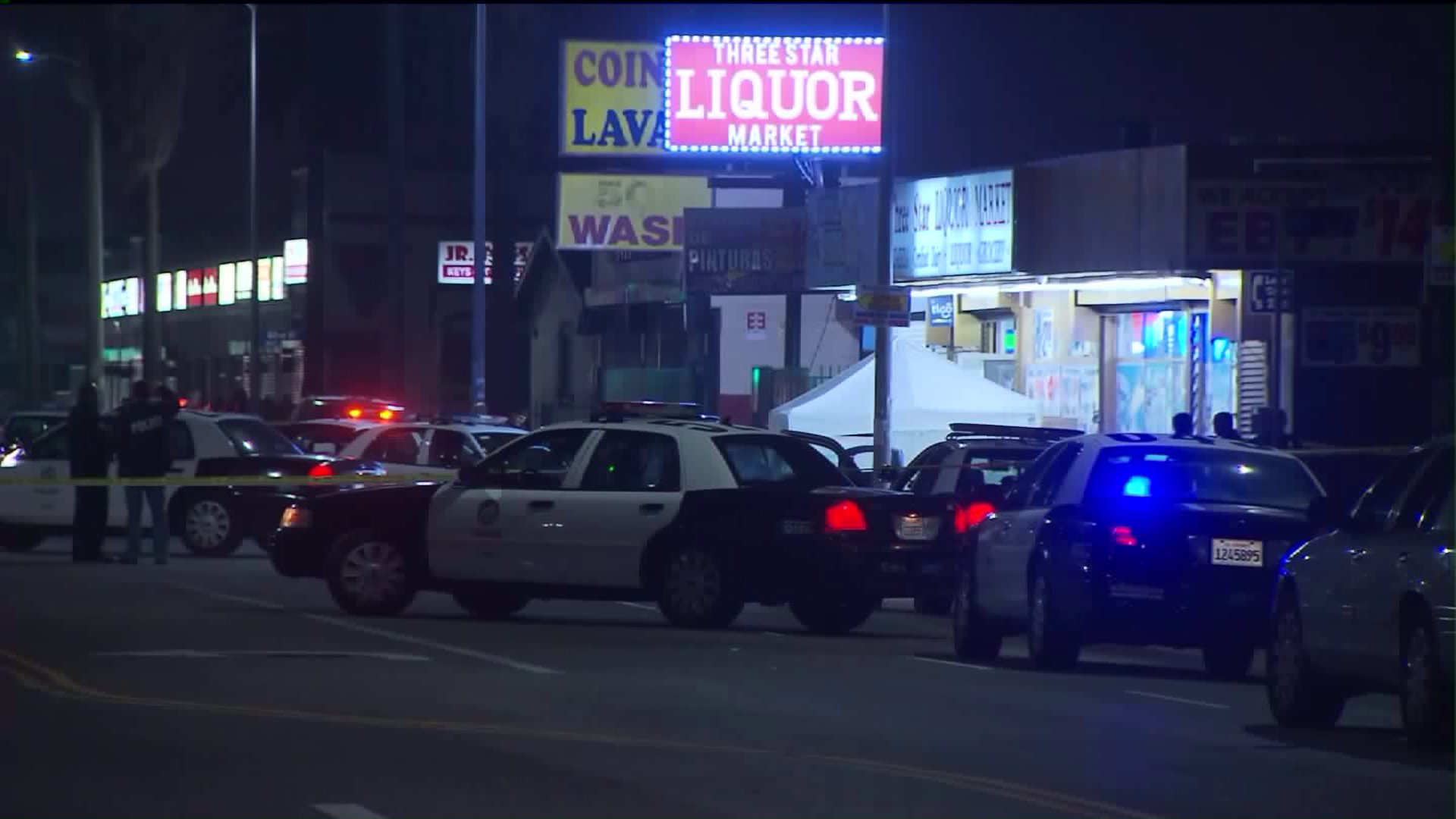 A 33-year-old father of two suffering from a gunshot wound stumbled into a liquor store and died Saturday in South Los Angeles in a possible gang-related shooting.

“A clerk at a liquor store heard a gunshot and saw the victim come in,” said Officer Mike Lopez of the LAPD’s Media Relations Section.

Police were notified about 11:30 a.m. of the shooting in the area of Vermont Avenue and 64th Street, Lopez said.

The man was identified by the coroner’s office as Charles Nevils of Los Angeles.

“I would like for the world to know he was a very, very, very good person,” said his sister Valerie Nevils.

Added Quintivia Abner, his niece: “He was a good father. He was a good uncle. So for somebody to kill him like this out here in the street wasn’t right. We need justice.”

Police said they believe they found the murder weapon, a .22-caliber pistol, under a gray Infiniti car parked nearby.
http://www.nbclosangeles.com/news/local/Man-With-Gunshot-Wounds-Dies-in-Liquor-Store-375166011.html