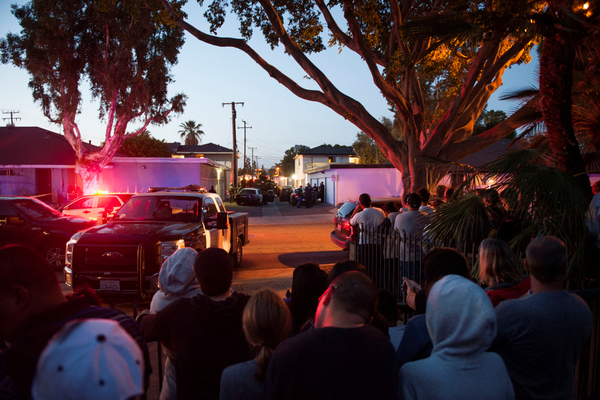 A shooting suspect surrendered to authorities after barricading himself and a hostage Thursday evening in a Fullerton apartment garage shortly after being involved in gang-related shooting in Placentia, authorities said.

North County SWAT officials and several police agencies responded to the 1400 block of Cameo Lane in Fullerton, where one of three suspects from a gang-related shooting earlier in Placentia was in the garage with the hostage, said Placentia Police Lt. Eric Point.

He gave himself up to police around 8:25 p.m. without incident. The victim was not harmed.

Officers did not find anyone injured. Witnesses said three suspects fled north on Bradford in a black Toyota Camry.

A short time later a Placentia police officer found the car and one suspect at Cameo and Topaz lanes in Fullerton. The officer chased the suspect on foot to an apartment garage in the 1400 block of Cameo Lane, where someone was working on a vehicle inside, Point said.

The suspect barricaded himself inside with the hostage.

The other two suspects were not found as of Thursday night.