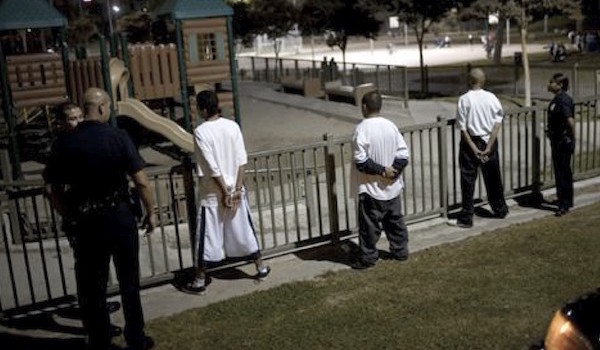 Geron Lacy, the 16-year-old killed in a shooting that occurred early yesterday evening in the Ramona Park neighborhood of North Long Beach, in an area claimed by the Naughty Nasty Gangster Crips may have been involved in a physical altercation with the suspects on the street, before the suspects returned to the location and shot the victim, police say.

The LBPD said the incident is being investigated as possibly gang-related.

“Homicide detectives responded and during their investigation it was found the victim may have been involved in a physical altercation with the suspect/s,” a release from the Long Beach Police Department (LBPD) stated. “These suspect/s ended up leaving the location but came back a short time later and shot the victim.”

Relatives of Lacy took to social media today to remember the life of the Long Beach resident.

According to Antonio Gilbreath, who identified himself as Lacy’s uncle, Lacy had been walking home from a basketball game when he was shot, an incident that police say occurred at around 6:50PM last night.

“Last night my 16 year old nephew, Geron, was tragically gunned down after a basketball game, as he walked home, which was only a block and a clear line of sight away from his house,” wrote Gilbreath in a Facebook post. “My sister Maria and brother in-law Damon, and a host of family had to endure seeing my nephew lay lifeless on the ground.”

Gilbreath warned the shooters that they will be found.

“I want to be clear, and let you know that I chose my words very carefully as I post this on social media. Just know that people never know who is related to whom, and who loves you, and is thus impacted by this tragedy,” he wrote. “It is only a matter of time before those responsible are found. To the perpetrator(s), know that we will be seeing you soon.”

De Angela Sanders, a woman who identified herself as Lacy’s aunt, expressed pain at Lacy’s sudden absence on Facebook.

“I finally fell asleep to wake up and realize it wasn’t a nightmare,” wrote Sanders. “Help me to pray for the Casino, Lacy, & Smith families. ‪#‎RIP‬ Geron.”