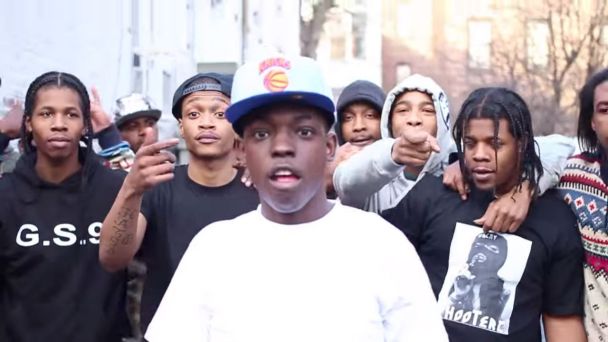 A body that washed up on Manhattan Beach this past Monday (May 2) is connected to Bobby Shmurda’s G Stone Crips crew, reports DNA Info.

28-year-old Peter Martinez was found on the Brooklyn beach wrapped in plastic bags with duct tape on his face and over 100 pounds of cement covering his feet. According to DNA Info, he was a high ranking member of GS9, the gang affiliated with Bobby Shmurda.

Sources tell DNA Info that Martinez, who has a pregnant girlfriend, was missing for three weeks and owed people money. Investigators believe the perpetrators put the victim’s feet in buckets and poured cement in. The job wasn’t done correctly, however, because they let air in and so Martinez floated to the surface of the water.

The NYPD says the investigation is ongoing but no arrests have been made yet.

The news comes just days after the internet went crazy thinking Bobby was out on bail. He’s not, but he is suing the NYPD for false arrest.

According to the suit, “When one of the occupants opened the door a slight bit to see who was there, Officer Douglas Corso and other police officers kicked in the door and illegally entered the residence without a search warrant.”

During the search, cops claim they witnessed Pollard stuff a gun inside a couch cushion. He was arrested, but the gun charges were eventually dropped. Still, the rapper claims he suffers from “nervous shock and mental anguish” because of the incident.

The BK rapper still faces weapons possession charges in separate cases in Manhattan and the Bronx. His trial starts May 11.