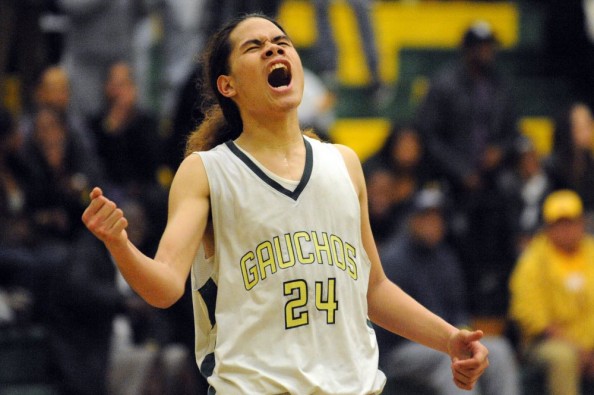 LAPD Harbor Division homicide detectives painstakingly worked the case for two years. They did not disclose any details on what information finally broke it.

“We just got additional information that led us to these individuals and we were able to bring them in and obtained confessions,” Scruggs said.

Leafa’s parents, Neise and Filipo Leafa, who posted the “Justice for Shailo” billboard at Western Avenue and Pacific Coast Highway, offered rewards and held sidewalk vigils following their son’s death. They were told about the arrests Wednesday afternoon when detectives went to their home.

Leafa’s mother cried in a brief interview with the Daily Breeze.

“Beyond thrilled,” she said. “It’s been a long time coming. It’s overwhelming.”

Leafa, 21, of Torrance was not a gang member, but the crime was deemed gang-related.

“The victim was at a business over in the Harbor City area and I think the suspects had issues with those guys being in their so-called turf — and that’s why they did it,” Scruggs said.

Leafa died March 5, 2014, shortly after a gunman approached him and two other men about 9:40 p.m. in a strip mall parking lot at Western Avenue and 259th Street. The young men had gone to the Sahara Hookah Lounge.

The shooter fired several rounds from a handgun, striking Leafa and wounding an unidentified acquaintance. A third man was unhurt.

From the start, no one provided information to Harbor Division homicide detectives that would help them solve the case, frustrating Leafa’s family and prompting them to rent the billboard and hold demonstrations asking for the public’s help.

Leafa was a popular Narbonne student known for his big hair and his confidence. In 2011, the 6-foot-2 point guard boldly announced that his team was about to win a championship before the L.A. City Division II title game.

“It’s not going to be a close game,” Leafa said. “We’re going to dominate. I’m just telling you straight up.”

The team won easily. Leafa was named the Division II Player of the Year for the All-L.A. City Section in 2011, averaging 12.5 points and 3.7 assists.

Although the family’s billboard and reward offers did not generate the tips they had hoped for, Harbor Division homicide detectives, led by Matt Maffei, never stopped searching for the killers.

“He was relentless. He did not let this go,” Scruggs said. “The Shailo case was always on his desk. He just never gave up on it.”

Leafa’s mother said detectives recently told them they had received information and were working on a strong case.

“We thank God for answering our prayers and thank Detective Maffei for not giving up,” the mother said. “We are very thankful and give God all the glory for this day.”

Two years was a long stressful time to wait, Filipo Leafa said, but they kept their faith.

Detectives served search warrants at a Los Angeles housing project and at a Gardena address on Friday.

The District Attorney’s Office on Monday charged Ferguson and Allen each with one count of murder and two counts of attempted murder. Ferguson also was charged with being a felon in possession of a gun.

The men appeared Tuesday in Long Beach Superior Court, but their arraignments were postponed until May 16. Each was held on $7 million bail. The third suspect is awaiting charges.

“It’s nice to bring justice to the family,” Scruggs said. “This has been a case that detective Maffei has been working nonstop as time permits. He has not given up on this and he has chased every lead that has ever come in on this case.”