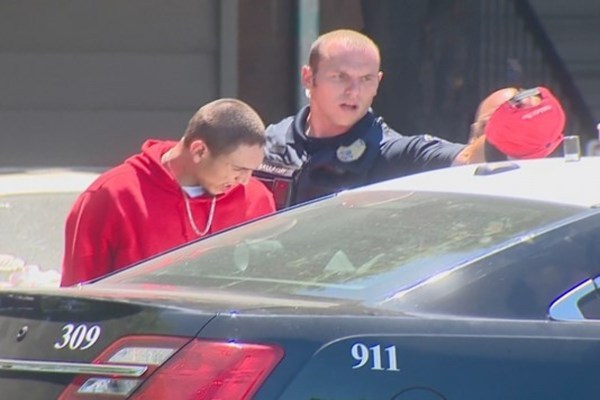 LOS ANGELES — Four people were shot and wounded this morning, including one who later died, during a party to watch illegal fireworks in South Los Angeles, authorities said. The shooting was reported at 12:53 a.m. in front of a residence at 1157 East 57th Street, in an area claimed by the Bloodstone Villians. Read More: http://www.dailynews.com/

A 33-year-old man was shot and killed Monday in the South Los Angeles area, on his way to celebrate the Fourth of July holiday. The attack occurred at the intersection of 62nd Street and Harvard Boulevard about 12:15 p.m., in an area dominated by the Eight Tray Gangster Crips. Read More: http://www.nbclosangeles.com/

Chattanooga Police say that 5 people were shot over the course of Monday night and early Tuesday morning. Two of the incidents involved deaths. Where and when each person was injured is still being investigated. Many of the individuals arrived at area hospitals with a range of gunshot wounds. Read More: http://newschannel9

Phonix – 2 dead, 4 hurt in South Phonix, neighbors mistook gunshots for fireworks inside the Southern Meadows Mobile Home neighborhood around 10:30 p.m. Monday. Phoenix Fire Department officials say two adults are dead and four others, including a 1-year-old, are hurt after being shot in the community near 43rd Avenue and Southern. Read More: http:// www.12news.com

CHICAGO – It seemed like this year’s Fourth of July might be a relatively peaceful one, but four people were killed and 60 injured throughout the weekend, including two children. The two children were among 32 people shot during a surge of violence between 12 p.m. Monday and 3 a.m. Tuesday. Read More: http://wgntv.com

NAMPA – Police say two more men were also arrested today on charges stemming from a gang-related shooting that injured a 10-year-old girl. The shooting happened as people had gathered to watch the fireworks show from the God and County Family Festival at the Ford Idaho Center. Read More:http://www.ktvb.com/

NYC – 20 people wounded, one critically, in 10 shootings across NYC on Fourth of July. A spate of Fourth of July gunfire left 20 people wounded, including seven at a Brooklyn barbecue, across the city Monday night. The gunman opened fire through a gate and struck four male and three female victims, all of whom are expected to survive. The shooting is gang-related, the source added. Read More: http://www.nydailynews.com/

A July 4 block party ended in a deadly shooting. One man was killed by the gunfire, and a juvenile suffered multiple bullet wounds. At approximately 10 p.m., a caller reported a shooting in the 400 block of N. Oakley Avenue. Emergency responders pronounced the adult victim dead at the scene. Read More: http://calcoastnews.com/

Vegas – Police are investigating a shooting in North Las Vegas after a Fourth of July party got out of hand. Three people were hit with bullets during a shooting on Craig Road and Allen Lane on Sunday overnight. Police say there was a fight about noise coming from the party. http://www.ktnv.com/