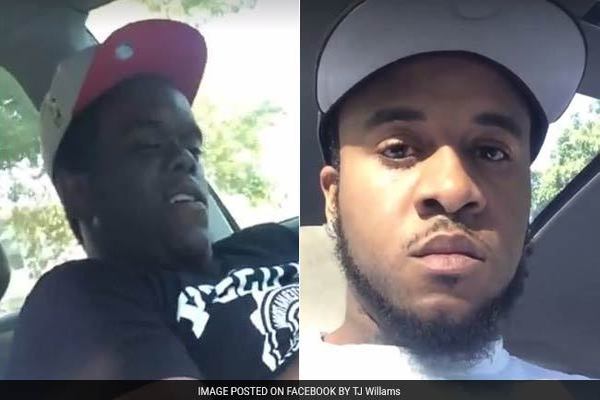 In a bizarre incident, three men in the US who were streaming a video on Facebook Live ended up recording their own shooting.

The video of the shooting that took place in the Berkley neighbourhood of Norfolk, Virginia, was posted online and immediately went viral, RT.com reported on Wednesday.

In the video, three men were seen with one of them, TJ Williams, streaming a video of himself and his two friends in a car while listening and rapping along to hip-hop music.

About five minutes and 40 seconds into the video, gun shots were fired, immediately throwing Williams back and the phone to the floor of the car, the report said.

After over 20 gunshots are fired, a voice is heard, saying, “Call the ambulance, please,” before going on to say “there’s three of us shot”.

“Don’t go to sleep, stay relaxed. It’s gonna be all right, they coming to get you,” the voice added.

The Facebook video has been shared nearly 2,000 times till the time this report was filed.

In a related incident, a 28-year-old man was gunned down while he was filming some lighter moments with friends for Facebook Live in Chicago recently.

According to CBS News, Antonio Perkins, father of three children, was live-streaming a video option when the shooting occurred in the background.

Perkins, also a documented gang member, was fatally struck in the neck and head and fell to the ground. He was taken to a hospital where he was declared dead.

According to the police, the shooting was gang-related.

This is a third incident in Chicago where someone filming a Facebook Live video has been shot at. In March, a 31-year-old was also shot at while making a Live video. He later survived.