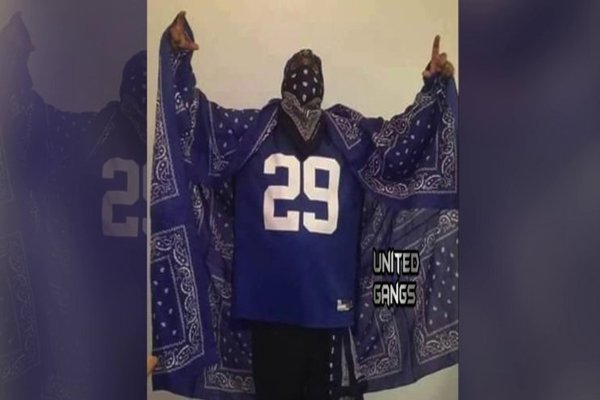 An innocent man died, and the teenager whose gang initiation prosecutors say led to the killing didn’t even make the Crips cut.

“I wanted to get down, but they wouldn’t put me down,” Quantavious Williams said, describing the Rolling 20s Crips gang he sought to join when Jack Hutchins wound up dead in a crime spree required for membership. “I’m a (expletive). I froze up. They said, ‘He ain’t 20 material.’ ”

Hutchins, 52, was among a half-dozen innocents killed in Knoxville in recent years as a result of a steady climb in gang violence that came to the fore of community discussion in December after the death of Zaevion Dobson, a Fulton sophomore hailed nationally as a hero for shielding two friends from gang-related gunfire.

Williams was 17 at the time of Hutchins’ shooting death in the front yard of his Woodbine Avenue home in November 2013. He’s one of four teenagers charged and the first to stand trial. Williams maintains he is not responsible for the others’ actions.

Jurors in Knox County Criminal Court on Tuesday heard, via a video of an interrogation by former Knoxville Police Department Investigator Brian Moran, Williams’ account of how his bid to join the Rolling 20s led to the carjacking of an East Knoxville pastor and Hutchins’ death.

After more than an hour of denying involvement, Williams revealed the Chattanooga-based Rolling 20s Crips sect lacked Knoxville members and leadership, so the gang sent ranking members Nolandus Sims, then 19, and Andre “Evil D” Terry, then 15, for what is known as a “put down” to initiate Williams into the group. Sims and Terry, Williams said, got their rank, called “stars,” through violence against others, including murder. Another Crips’ member, Antonio Marlin, is also charged in the case.

To prove his mettle, Williams was required to commit armed robberies of “randoms,” the victimization of innocents. Their first target was a drug dealer in the Townview Towers apartment complex in downtown Knoxville, but Williams said the group kicked in a door only to find the apartment empty.

The group next attacked the Rev. Larry J. Mathis, according to the interrogation, although Williams apparently did not perform to the satisfaction of the others.

The crew then headed to the Parkridge community, where Hutchins had just arrived at his home with takeout food for his family as he and his girlfriend, Beth Dompier, prepared for “date night,” she told jurors.

According to Williams, Terry and Sims confronted Hutchins at gunpoint in his yard. As Hutchins turned toward his truck, Williams said Terry “shot him in the face.”

Terry and Sims continued to fire at Hutchins as he slumped to the ground, Williams said. The pair ran to the car where Williams and Marlin were waiting, he said.

Although Williams knew Hutchins, he denied the respected handyman was targeted. The Chattanooga gang members simply needed cash, and Hutchins was the first person they saw as they looked for another victim.