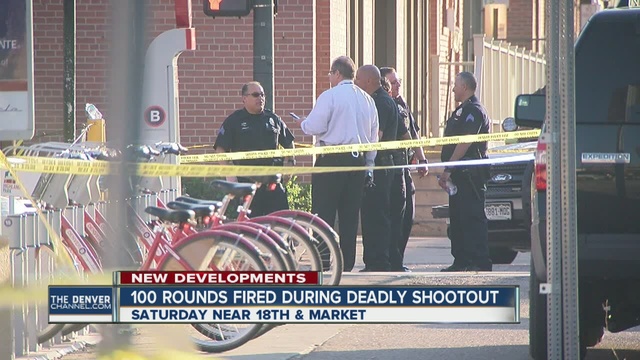 DENVER — More than 100 rounds were fired in a parking lot that left one person dead in an early-morning shooting in lower downtown, the Denver Police Department said Monday.

Police said the confrontation involved several gang members and that two victims were shot in the 1800 block of Market Street just after midnight Saturday.

The several rounds of ammunition were fired from several firearms and no arrests have been made, police said, adding it is a “complex investigation.” Police have not released any suspect descriptions.

One of the victims was pronounced dead at the scene. On Tuesday, the Denver Office of the Medical Examiner identified him as 20-year-old Gailen Armstrong. His death was ruled a homicide.

The other victim, who has not been identified, walked to a hospital with nonlife-threatening gunshot wounds.

Several vehicles in the area were hit with bullets and numerous windows were shot out.