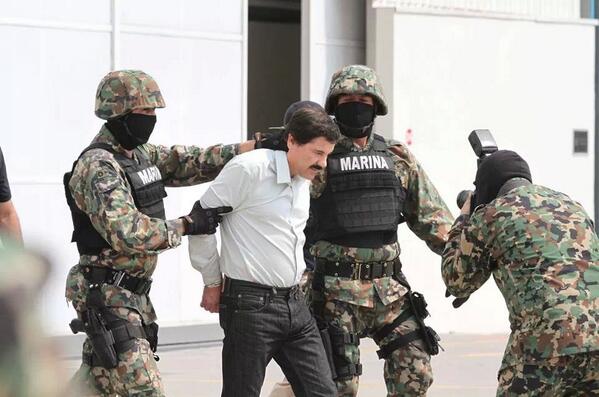 A son of drug lord Joaquin “El Chapo” Guzman is in fact among the half-dozen kidnapped from a restaurant in Puerto Vallarta Monday (but not the one previously named), Mexican officials said Tuesday.

Jalisco Attorney General Eduardo Almaguer earlier told Radio Formula that “it is presumed,” though not yet certain, that Ivan Archivaldo Guzman was among those kidnapped around 1 a.m. at La Leche restaurant on the city’s main boulevard by five gunmen.

But later Almaguer said that forensic evidence and items found left in the vehicles showed that it was the 29-year-old “El Chapo” son, Jesus Alfredo Guzman Salazar, who was kidnapped rather than Ivan Guzman.

Experts say Ivan Guzman took over parts of his father’s business when the Sinaloa cartel leader was arrested in January.

Authorities believe those involved in the kidnapping are part of cartels.

“They were not tourists or residents who work in legal activities,” Almaguer said. “They were people tied to a criminal group we can very clearly presume.”

The prosecutor said the kidnappers appear to belong to the Jalisco New Generation drug cartel, according to an Associated Press report.

Witnesses reported that four women in the targeted group were not taken by the gunmen, he said. He said authorities were looking for those women for more information.

He said some of those abducted had been vacationing in Puerto Vallarta for a week and authorities found lots of drinks and luxury items inside the restaurant. Five vehicles were abandoned at the restaurant, among them one with Jalisco license plates, but a false registration.

“Obviously, those who acted (the kidnappers) — we presume with the information we have — also belonged to a criminal group that acted against members of another criminal group they located here in Puerto Vallarta,” Almaguer said.