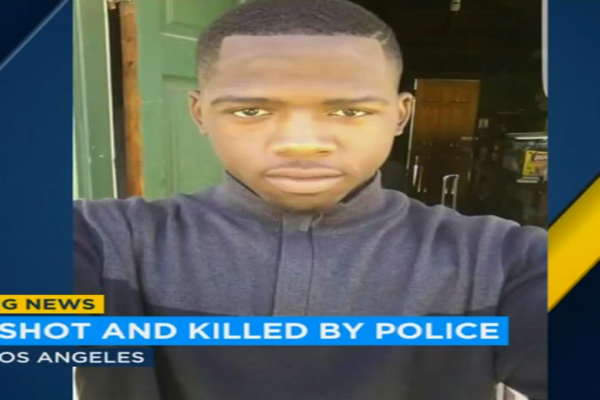 It seems as if almost every week, headlines report on another black life lost at the hands of police. On Saturday, yet another one of these headlines took the spotlight when a teenager was shot and killed following a confrontation with officers from the Los Angeles Police Department. Understandably, it has people everywhere wondering who Carnell Snell Jr. is and what we know about the young man at the center of the latest police shooting.

According to The Los Angeles Times, 18-year-old Snell was shot on Saturday in South Los Angeles, California. Around 1 p.m. PT, officers spotted a vehicle with paper license plates and thought the vehicle “may have been stolen,” Sgt. Barry Montgomery told reporters during a press conference. But when the vehicle did not stop, police reportedly began their pursuit of the two passengers — one of whom was Snell. A short time later, after a subsequent foot chase, police reportedly shot Snell.

“The officers gave chase, a foot pursuit, and went east bound at 107th Street to the rear of a residence,” Montgomery said during the press conference, according to KTLA. “It was at that time that the officer-involved shooting occurred. The officers summoned paramedics who responded to the scene, and unfortunately, the suspect succumbed to his injuries and was pronounced dead on the scene.” The Los Angeles Police Department did not immediately respond to Romper’s request for comment. 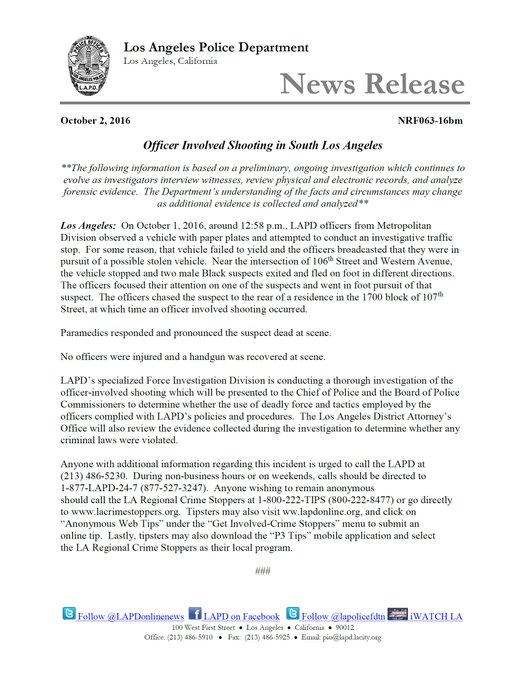 According to CNN, the department is currently investigating the shooting. The LAPD did say that “no officers were injured in the shooting and a handgun was recovered at the scene.” However, according to The Independent, Snell’s family denies that he was armed.

There are so many details that have yet to be released — things like whether or not Snell had the gun in his hands and what happened in the moments before the shooting itself. According to CNN, the LAPD police chief and LAPD board of commissioners will determine whether the officer who shot Snell “complied with department procedures”; The Los Angeles District Attorney will also review the evidence from the investigation.

According to The Los Angeles Times, Snell’s relatives described him as “a respectful young man who enjoyed skateboarding and cared deeply for his family.” Supporters of the Black Lives Matter movement are understandably upset about this shooting — especially because reports about the shooting are so conflicted. According to KTLA, witnesses told the news network that they saw Snell reportedly “running away with his hands in the air when he was shot.”

“At the end of the day, the cops came and shot my brother. Killed my brother,” Snell’s sister, Trenell Snell, claimed in a statement to The Los Angeles Times.

There are so many questions that are unanswered and it’s likely they’ll only remain that way until all of the details from the shooting are put together publicly. But one thing stands certain: A black teen is dead at the hands of police. The body count continues to rise.