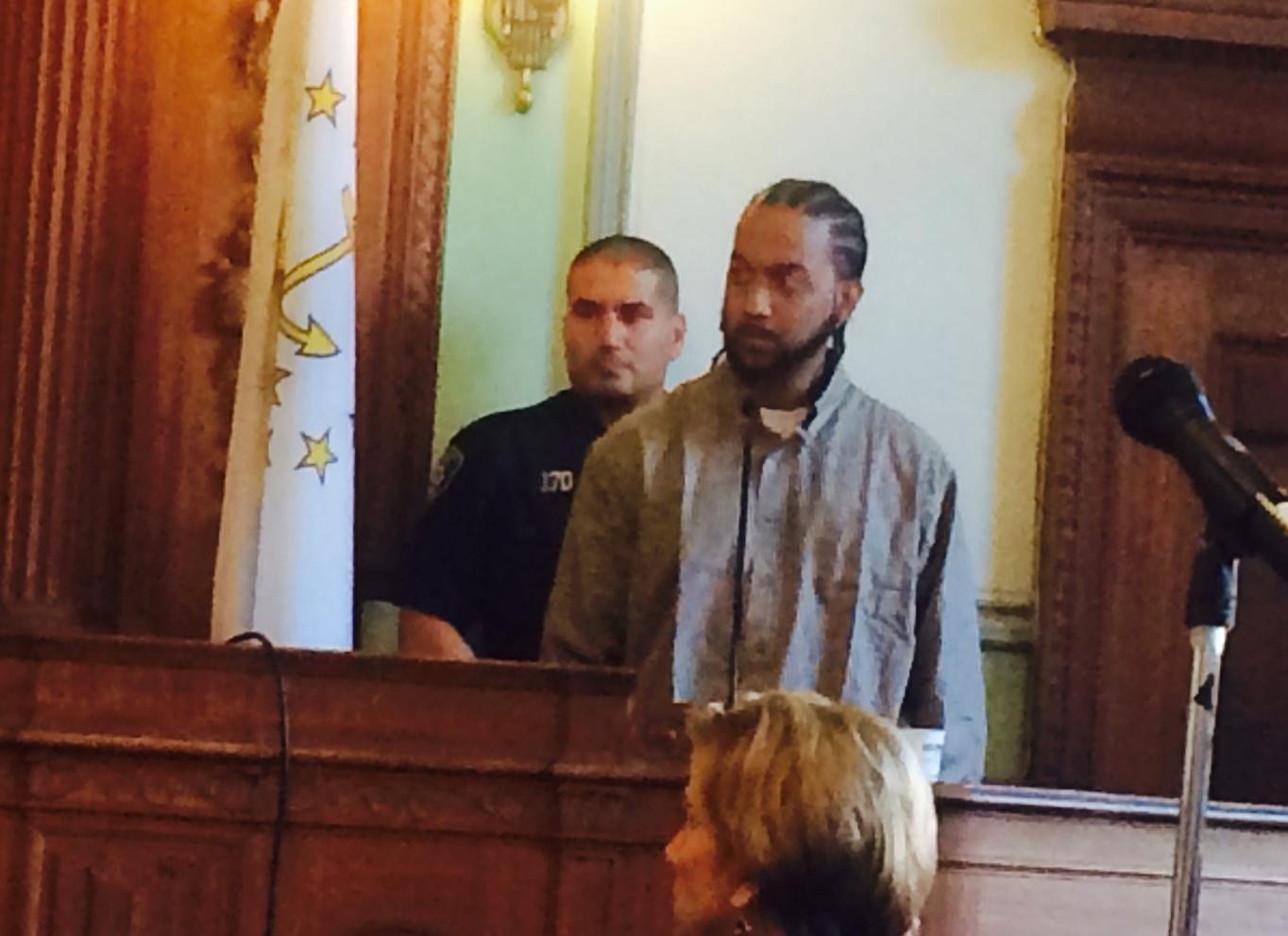 Kendrick Johnson,25, a Providence gang member agreed to testify in court, about a shooting that left his friend dead but can’t remember, despite, identifying the shooters prior to trail.

The conflict between the Chad Brown and YNIC street gangs grew from a shooting incident at a Broad Street car wash in the summer of 2013, a witness testified Friday.

Henry Lopez told jurors about a YNIC associate, Tevin Briggs, shooting at “Chad kids” outside the car wash. The next day three Chad members returned, demanding to know who the shooter was. One, Kendrick Johnson, warned that whoever was responsible “was gonna get it.”

Lopez took the stand as a cooperating witness in the murder trial of Bruce Moten, 27, and Antonio “Tone” Fortes, 26. Lopez, along with Moten, Fortes and Tevin Briggs, are accused of plotting to kill Terry Robinson, 22, and shoot at Delacey Andrade and Johnson on Oct. 24, 2014, as part of feud that grew from that day.

Authorities say it was Fortes who made the crucial phone call that set the murder in motion. They say Moten and Tevin Briggs did the shooting, which left Robinson dead and Andrade with a bullet in his back side.

Lopez, 27, an admitted drug dealer, agreed to cooperate with prosecutors. His testimony began Friday and is expected to continue when the trial resumes before Superior Court Judge Robert D. Krause.

Wearing a checked tan shirt, Lopez hung his head as he spoke Friday and refused to look out at the crowd. Several of Moten’s and Fortes’ female supporters cried and clutched tissues during his testimony. Others shook their heads. Moten and Fortes observed with little expression.

Jurors also heard from shooting survivor Johnson on Friday. He told them he didn’t remember the October 2014 shooting outside Chad Brown housing complex that left his good friend, Robinson, dead.

At one point, however, during his very reluctant appearance, he said he thought the shooter was a very tall white Providence police officer.

“Yup, I think it was by the Providence police,” Johnson said, as members of Robinson’s family looked on. The claim prompted one family member to storm from the courtroom.

Moreira asked Johnson if he recalled testifying before a grand jury in March 2015 that he saw two people with dark hooded sweatshirts scrunched around their faces “hit the corner” at the Chad Brown housing complex and begin shooting at him, Andrade and Robinson on Oct. 22, 2014.

“I don’t remember,” said Johnson, a towering, lanky man in jeans and a black leather jacket.

Did he recall telling grand jurors about running to his ex-girlfriend’s house and then returning to the shooting scene? Moreira asked. “I don’t remember,” Johnson said.

Did he recall testifying that he then saw Andrade drooping between two people and his friend Terry dead “with his brains on the floor”? Moreira asked. “I do not remember,” Johnson said.

Referring to the defendants, Johnson said, “This doesn’t look like a jury of their peers, by the way.”