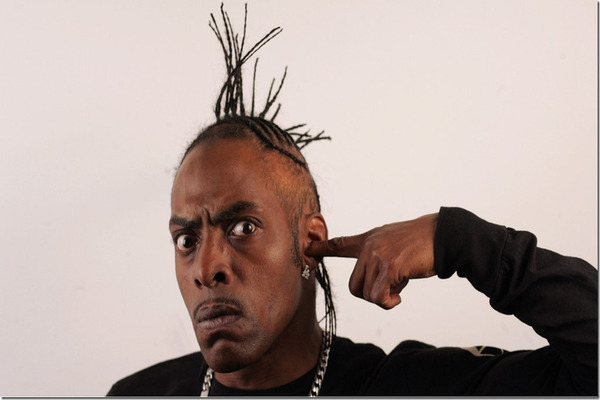 Rapper Coolio has been charged with felony firearm possession after being arrested at Los Angeles International Airport on Sunday, September 17.

According to Reuters, Coolio (né Artis Leon Ivey Jr.) faces one felony count of possessing a firearm by a felon with two prior convictions. He was found guilty of having a concealed weapon in his vehicle in 2001, and possession of cocaine base in 2009, according to the news agency.
As previously reported, Coolio, 53, and his bodyguard were arrested at LAX after a loaded firearm was discovered in the Grammy-winning rapper’s backpack as the bag

“On September 17, 2016, at approximately 10:50 a.m., Los Angeles Airport Police responded to Terminal 3 for a report of a prohibited item at TSA screening,” an LAPD public information officer told Us at the time. “Upon arrival, airport police immediately took possession of a carry-on bag in the X-ray screening belt and detained a 39-year-old black male [the bodyguard] who claimed possession of the bag.”

Coolio had already made his way onto an aircraft when authorities determined the bag belonged to the artist based on items in the carry-on, according to Reuters.

The “Gangsta’s Paradise” rapper was then removed from the airplane and detained by police. As previously reported, an LAX police spokesperson said that Coolio “claimed ownership and possession of the carry-on bag.”

According to Reuters, if convicted, the rapper could face up to three years in state prison.