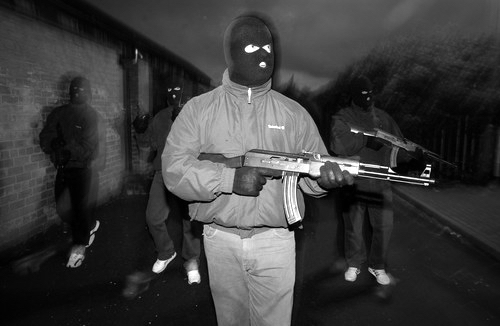 JONESBORO — Rival gang activity is believed to be the motive behind the deadly home invasion that resulted in the shooting deaths of two Clayton County youths this weekend.

Clayton County Police Chief Michael Register during a press conference Tuesday afternoon urged anyone involved “if you have a shred of decency in your body” to come forward.

Tatiyana Coates, 11, and her 15-year-old brother, Daveon Coates, were shot and killed early Saturday morning in a deadly home invasion in Jonesboro.

The Clayton County Police Department was called to 24 Libby Lane around 5 a.m. where someone reportedly entered the home and fired shots, fatally wounding the Coates’ siblings.

According to police, the Coates family recently began sharing the home with another family with five children who recently moved to Georgia from Tennessee.

One of those children, a 15-year-old boy, became involved in gang activity in the metro Atlanta area soon after moving from Tennessee.

Detectives believe this male committed an act against a local gang that made them retaliate “in such a vicious manner,” Register said.

Apparently, members of this rival gang came by the Libby Lane home Friday before the Saturday shooting to ask about the 15-year-old, but unbeknownst to them, he had already fled to Chattanooga.

The gang members returned to the home Saturday morning where they shot at the occupants of the home — all children ranging in age from 6 to 15, as the parents were believed to be socializing at another location. The Coates children, neither of whom were involved in the gang activity, were the only ones shot, police said. The two were in separate rooms at the time of the shooting.

A sibling called police while the shooting suspect was still in the home, Sgt. Ashanti Marbury told the Herald Monday. By the time police arrived, the suspect or possible group of suspects had gone.

During the press conference Tuesday afternoon, Chief Register said that the 15-year-old who fled to Chattanooga was in police custody. Register said he was apprehended after he was reportedly involved in a gang-related exchange of gunfire Sunday afternoon in Tennessee.

It is also for this reason that the names of the gangs involved are not being released. Deputies with the Clayton County Sheriff’s Office have been stationed in the neighborhood and will remain there as long as it takes, the chief said.

“This is a very tragic event,” Register said. “This is not something that is just generic to Clayton County. This is an issue we’re having all across this country. We’re certainly having it in the metro Atlanta area. The community and the police have to band together in order to find a solution to this violence of kids killing kids for the sake of being in a gang.”

He continued, striking a personal note.

“My heart goes out to her,” he said. “I assured her we are doing everything we can to bring the cowards who did this to justice.”