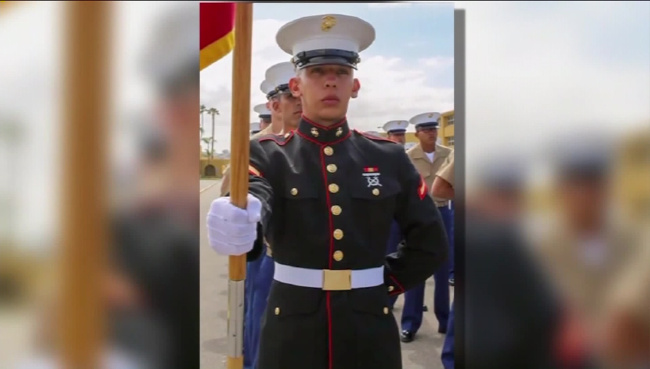 Three alleged gang members have been charged in connection with the shooting death of a 19-year-old Marine who was on leave from Camp Pendleton when he was killed in South Los Angeles, the District Attorney’s Office reported. Carlos Segovia is shown in a photo provided to KTLA by a family friend.

The charges stem from the Sept. 16 death of Lance Cpl. Carlos Segovia.

According to investigators, Segovia was sitting in his car outside of his girlfriend’s house near 31st Street and Western Avenue in Jefferson Park around 11 p.m. on the night of the shooting, when he allegedly exchanged words with the suspects and was shot.

Family and friends said Segovia was an active volunteer in his community, helped the homeless and encouraged at-risk youth to join the Marines.

The three suspects were scheduled to be arraigned Tuesday afternoon.