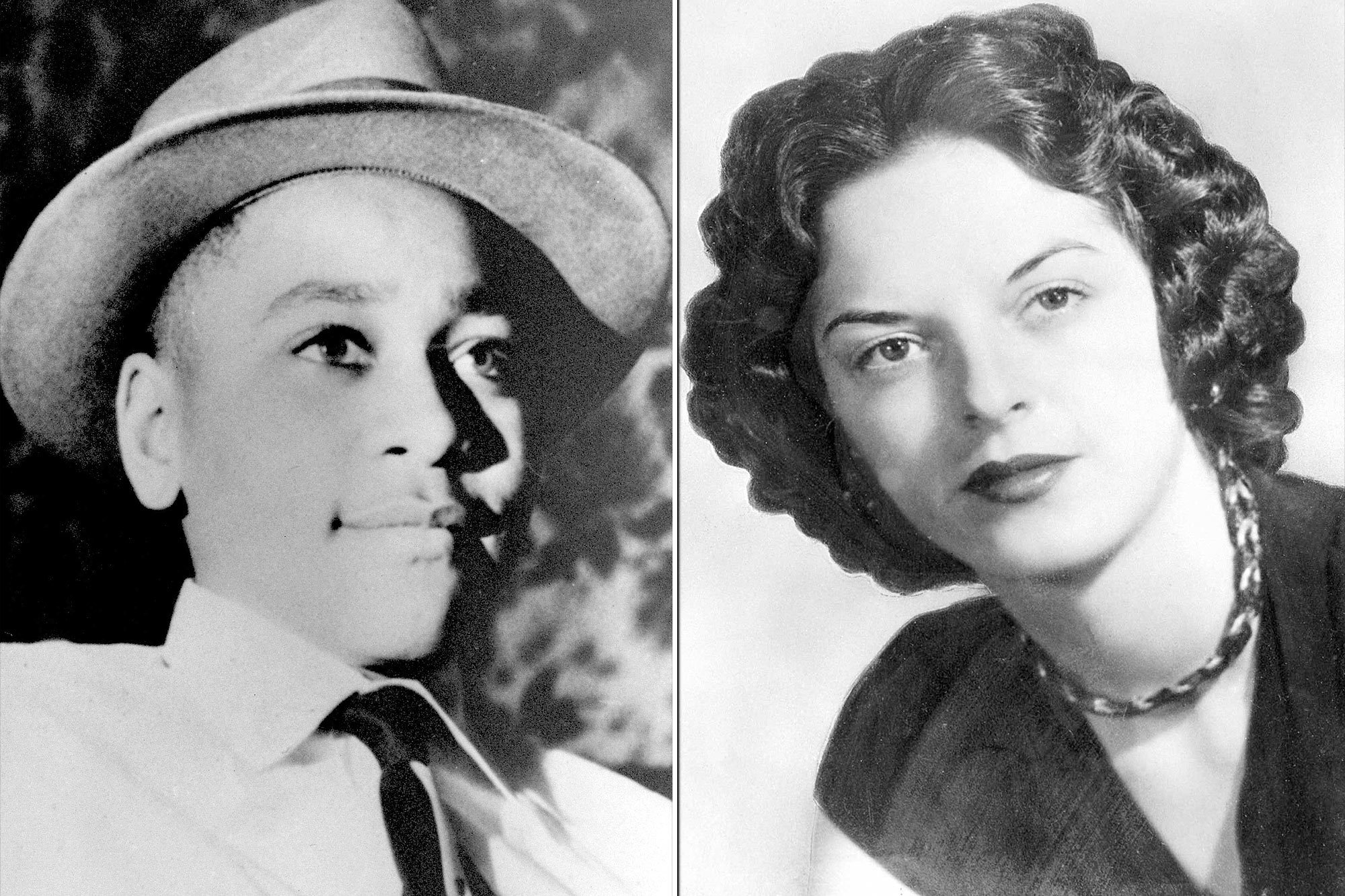 We all (should) know the story of Emmett Till, the black 14-year-old Chicago boy who was murdered in August 1955 by two white men, J.W. Milam and his half-brother Roy Bryant.

As the story goes, Emmett, who was visiting family in Mississippi, had gone into a store to buy some bubble gum. As he was leaving, he is said to have whistled at Bryant’s 21-year-old wife, Carolyn.

In the Deep South, where racism was still violent as well as pervasive, Bryant and Milam took it upon themselves to abduct the young teen. They later admitted to killing Emmett, beating and mutilating him, shooting him to death and then sinking him in a local river. Emmett’s mother insisted on having an open-casket funeral for her disfigured son so that the world could witness the brutality of white supremacy.

His murder was a catalyst for the American civil rights movement.

Milam and Bryant were arrested for Emmett’s death, but the Deep South is as the Deep South does, and an all-white, all-male jury found them not guilty in a little over an hour. As the men stood trial, according to Vanity Fair, Carolyn Bryant testified that Emmett “had grabbed her and verbally threatened her. She said that while she was unable to utter the ‘unprintable’ word he had used … ‘he said [he had]’—done something – ‘with white women before.’”

The jury did not hear Carolyn Bryant’s testimony because the judge ruled that it was not relevant to Emmett’s murder, but the result was the same, and her testimony was still heard by court spectators and put on the record because the defense wanted to use it as evidence in case of an appeal if the defendants happened to be convicted.

However, now, Vanity Fair reports, Carolyn Bryant Donham (who has since been divorced and remarried twice more) has broken her decades-long silence.

In a new book The Blood of Emmett Till, author Timothy Tyson, a Duke University senior research scholar, reveals that in 2007 Donham, at the age of 72, admitted that she had made up the most damning part of her testimony.

“That part’s not true,” Donham reportedly told Tyson about her claim that Emmett made verbal and physical advances toward her.

Conveniently, according to Vanity Fair, she said that she couldn’t remember the rest of what happened that August evening in the store. The news site noted that the now-82-year-old’s whereabouts have been kept a secret by her family.

Tyson’s book is due to be published next week by Simon & Schuster. And, according to Vanity Fair, although several other authors have written about Emmett’s story, no one, with the exception of Tyson, has ever had the opportunity to interview Donham. Both her ex-husband and brother-in-law are now dead.

“That case went a long way toward ruining her life,” Tyson said, explaining how the elderly woman never escaped the case’s notoriety. (Poor thing. I wonder why?)

According to Vanity Fair, Donham was the one who approached Tyson because she was writing her memoirs. Her daughter had reportedly admired Tyson’s earlier book Blood Done Sign My Name, which is centered on another racially charged murder committed by someone known to Tyson’s family.

Tyson said that Donham has been changed by the social and legal advances that swept through the South in the past decades.

“She was glad things had changed [and she] thought the old system of white supremacy was wrong, though she had more or less taken it as normal at the time,” he added.

As Vanity Fair notes, however, she didn’t officially repent and is apparently not the type to join any racial-reconciliation groups.

However, Donham reportedly told Tyson, “Nothing that boy did could ever justify what happened to him.”

Tyson writes that Donham “felt tender sorrow for Mamie Till-Mobley,” Emmett Till’s mother, who died in 2003 after decades spent advocating for her son and for civil rights.

“When Carolyn herself [later] lost one of her sons, she thought about the grief that Mamie must have felt and grieved all the more,” Tyson reflected.

Whether or not Donham feels “sorrow” or remorse or whatever it is, while it’s a nice sentiment for someone who has lived eight decades, it’s a little too late for a scared 14-year-old who was brutally murdered.

But hey, maybe her acknowledgment of Emmett Till and her own lies will allow us to properly look into the darkest parts of our history and push ourselves into action, particularly at a time when the nation seems more at odds than ever.