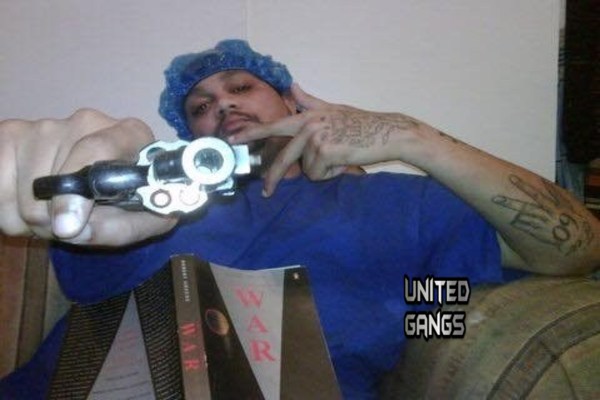 Two members, including the top leader, of the Detroit branch of the Rollin 60s Crips street gang pleaded guilty Monday to racketeering and firearms charges connected to their roles in gang-related murders, shootings and drug distribution, officials announced.

According to the indictment, the Rollin’ 60s Crips is a national street gang founded in Los Angeles, California, in the mid-1970s.

In 2008, Jerome Hamilton, who pleaded guilty Tuesday, started a Detroit line of the Rollin 60s, which now boasts approximately 150 members who operated primarily on the west side of Detroit near Seven Mile Road and Tracey Street.

Officials said the Rollin 60s Detroit chapter is a violent organization responsible for numerous assaults, robberies, carjackings and the unlawful possession and trafficking of firearms and narcotics in and around the Detroit metropolitan area over the last nine years.

The gang uses violence as a means of retribution for actions of rival gang members, to intimidate witnesses, and as a means for individuals to maintain or advance their position within the gang.

Hamilton, 24, of Southfield, pleaded guilty to racketeering conspiracy and use of a firearm during and in relation to a crime of violence causing death.

As part of the underlying racketeering activity, Hamilton took responsibility for the Aug. 8, 2011, homicide of Kionte Atkins during a drive-by shooting and being involved in the distribution of marijuana as part of his membership with the Rollin 60s Crips.

The plea agreement calls for a sentence of 30 to 35 years in prison.

Another gang member, Roderek Perry, 22, of Detroit, also pleaded guilty to racketeering conspiracy, assault with a dangerous weapon in aid of racketeering, and use and carry of a firearm during and in relation to a crime of violence.

According to his plea documents, Perry was a member of the Rollin 60s Crips from 2011 to 2016. Perry admitted to participating in the drive-by shooting of Atkins on Aug. 8, 2011, as well as a June 20, 2012 attempted robbery that left Perry’s fellow gang member dead after Perry inadvertently killed him during the robbery.

Perry’s plea agreement calls for a sentence of 30 to 35 years in prison.

“Violence in our communities will not be tolerated, and this investigation should serve as a warning to others threatening the safety of our citizens,” said ATF Special Agent in Charge Robin Shoemaker. “ATF will continue to partner with our law-enforcement partners to protect our neighborhoods from violent organized street gangs.”

“Violent Gangs should have no place or acceptance in our communities,” said David P. Gelios, Special Agent in Charge, Detroit Division of the FBI. “It should be clear from today’s outcome that gang members cannot avoid responsibility for their crimes and law enforcement will not stop going after them.”

Hamilton and Perry are the 10th and 11th members of the Rollin 60s Crips to plead guilty in this investigation.

Other Rollin 60s Crips members have pleaded guilty to racketeering conspiracy for acts involving carjackings, armed robberies, firebombing, unarmed robberies and distributing narcotics on behalf of the gang. Those members are:

Three other alleged members of the gang are scheduled to begin trial July 11, before Chief Judge Denise Page Hood.

The case is being investigated by the ATF’s Comprehensive Violence Reduction Program, which includes representatives of the Detroit Police, Michigan State Police and Michigan Department of Corrections, in coordination with the FBI Violent Crime Task Force and the Detroit Police Department.