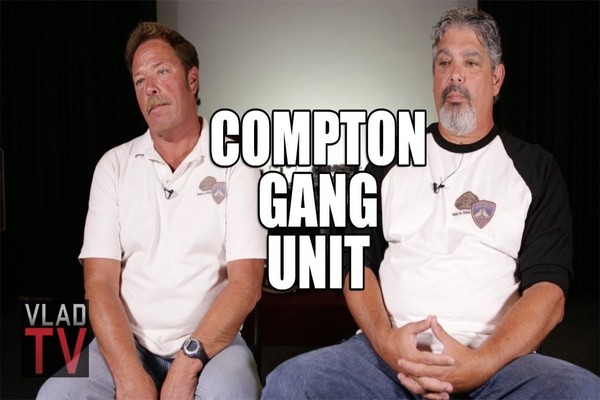 Compton Gang Unit officers Timothy M. Brennan and Robert Ladd speaks on the motive behind Orlando “Baby Lane” Anderson Killing 2Pac. They also spoke on one of Compton’s oldest gang rivalries between the Mob Piru Gang and the South Side Compton Crips.

Ladd and Brennan are featured in Noisey/Vice.com “The Story Of ‘Fuck Tha Police” (film) co-starring N.W.A. members DJ Yella and Ice Cube. They were also featured in A&E three-part miniseries, Streets of Compton, narrated by rapper The Game.