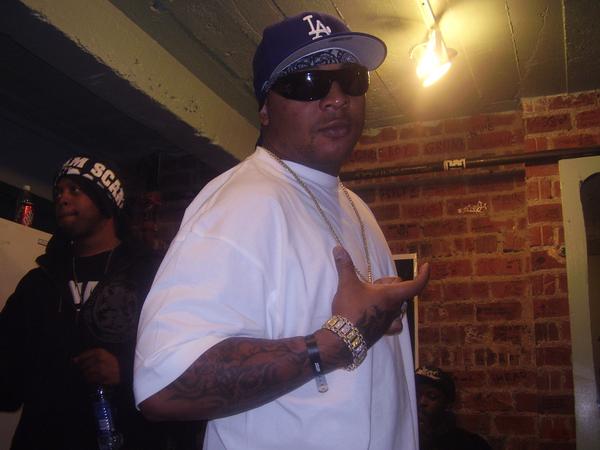 40 Glocc, whose real name is Lawrence White, was placed under a gang injunction in 2010, though he has insisted his songs and videos about the Colton City Crips are part of his act as an entertainer.

On Thursday afternoon, the rapper had been at a funeral for a homicide victim and may have been walking back to a car with a woman when “a vehicle pulled up near them and fired shots, striking him,” Madden said.

A bullet went through White’s arm and into his chest. The woman was grazed by a shot and then hit and dragged briefly by a car, but Madden said it’s unknown whether it was driven by the shooter or someone fleeing the incident.

Madden had no information on the identity of the woman but said she and White are expected to survive their injuries.

Police have not made any arrests. The incident was “very sketchy. The information that we’re getting at this time is very limited,” Madden said.