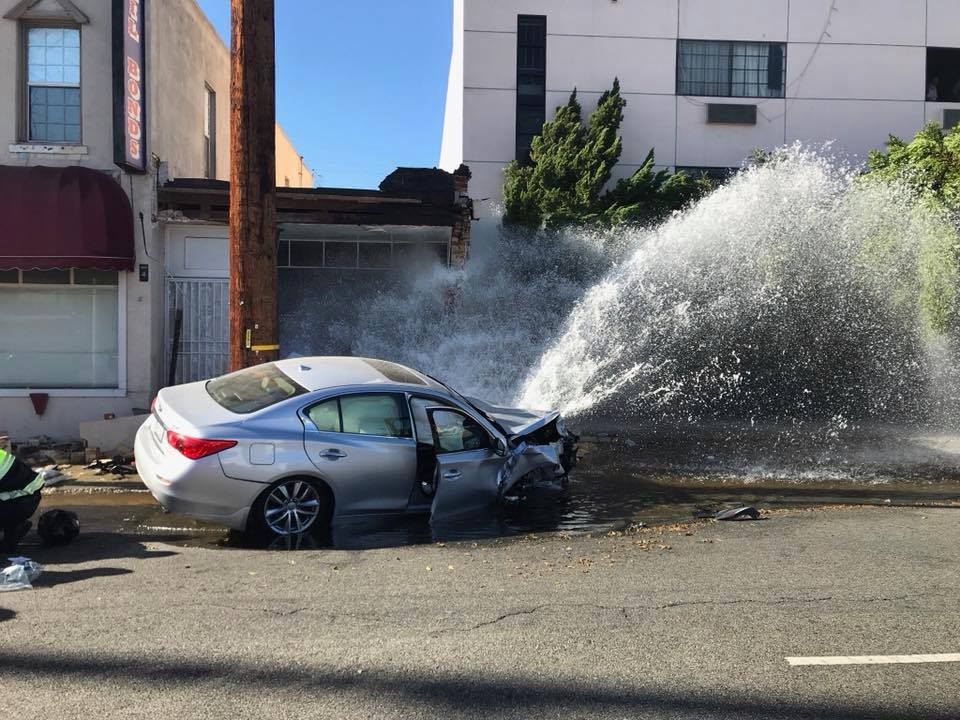 A Hawthorne motorist was arrested on suspicion of murder Thursday after he collided with a motorcyclist as the two men argued with each other while driving along a Gardena street, police said.

Oscar Villa, 24, was booked at the Hawthorne jail when doctors notified Hawthorne police that the motorcyclist had died.

Police said the motorcyclist, a man believed to be in his 20s, and Villa were involved in a dispute as they headed south next to each other in traffic lanes. Gardena police Lt. Mike Saffell said the nature of the argument was unknown.

The motorcycle and Villa’s Infiniti collided in the 16500 block of Western. The motorcyclist and car veered into a wall, covering the motorcyclist with bricks. The Infiniti then struck a fire hydrant, sending water shooting into the air.

“We don’t know what the argument was and how it started,” Saffell said.

Detectives planned to go from business to business along Western in search of surveillance video to try to see when the conflict began, he said.

“At this point, it does not appear they know each other,” Saffell said. “Some conflict happened on that street as they were driving.”