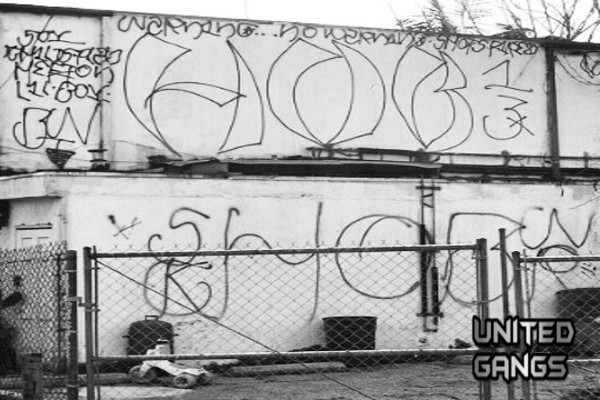 The Hang Out Boys, also known as the H.O.B. or HOB Gang are a primarily Mexican-American criminal street gang located on the East Side of South Los Angeles, California. Their territory is West of Main Street and East of the 110 Harbor Freeway between 41st Street and 43rd Street. The Hang Out Boys are adjacent to the 41st Street Gang, with Main Street being the dividing line between the two gangs.

The HOB Gang are located in the Newton Community in South Central, which they share with the 43 Gangster Crips, an African-American street gang. The Hang Out Boys are also known as the Hang Out Boys 13 (HOB13) or South Side Hang Out Boys 13 (SSHOB13), to show their affiliation with the Mexican Mafia, a notorious prison gang which controls the majority of Latino street gangs in Southern California.

The Hangout Boys are allies of the 55 Bunch Gang and the Mexican Mafia. They are bitter rivals of the Florencia 13 and the 38th Street Gang as well as the 41st Street Gang, who are East of Main Street. Making this intersection a hot bed for gang-related shootings between the Hang Out Boys and the 41st Street Gang. For instance, On Jan 28, 2011, Joey Gutierrez, a 23-year-old member of the HOB Gang, was murdered at the intersection of 43rd Street and Main Street.

On March 3, 2011, Roy Galvan, a member of the 41st Street Gang was charged with the shooting murder of Joey Gutierrez. However, in 2012, he was acquitted of all charges and later sued the City of Los Angeles, and the arresting officers (David Nunn and Miguel Terrazas). The HOB Gang is also known to feud with some neighboring African-American street gangs such as the 42 Gangster Crips, 43 Gangster Crips and the 48 Gangster Crips.

The HOB Gang also view all crips as enemies and even claim “CK” (Crip Killer), due to their rivalries with the 4-Tray Gangster Crips.