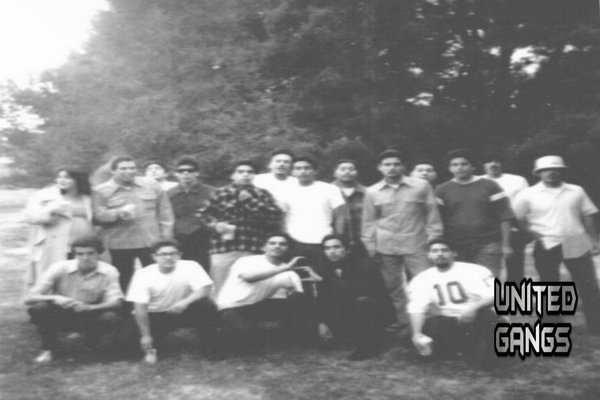 The Sotel 13 (S13/SX3) or Sotel Trece, formerly known as Thee Falcons, are a long-standing Mexican-American street gang in the Sawtelle neighborhood of West Los Angeles, California.

Founding and Early History
This primarily Hispanic criminal group was born in Los Angeles, California and was at first a club providing young Latinos with a place for their meetings while keeping them off the streets. Although all of earliest photos available today were taken between the 1960s and the 1980s, the Sotel 13 gang can be dated back to the mid of the 1930s or early 1940s.

The original group might have been known by several other names, although sources often dispute specific claims. Little is also known of the gang’s activities throughout the Forties and the Fifties, but it’s easy to assume that the beginning of the Second World War might have hindered any kind of operation its members were conducting.

The name Sotel 13 was not in use before the second part of the 1960s, but the original group is often referred to as a lowrider club named Thee Falcon. Small but rather compact and tightly-knit, this group would hail out of the Stoner Recreational Center. That particular place would then become the gang’s main piece of territory.

From the 1970s to the 1990s
Written proof of Sotel 13’s activities remains scarce throughout this period, once again highlighting the smaller size and reach of the group. Most accounts of the events are either provided by older members or pieced together using details which were transmitted orally.

Although little trace of the gang activities in that period remains, the increasing presence of Chicano-Americans in some parts of the city of Los Angeles might suggest that Sotel 13 suffered their influence. This could have led to a change in style, clothing, and possibly activities.

Pictures show members of Sotel 13 being largely engaged in activities with both other local gangs and the mural community. Artist Judith Hernandez would receive substantial support from the association while completing several works in 1976. According to the same pictures, members of Sotel 13 would usually wear dark bandanas around their heads, often coupled with white shirts.

The 2000s and 2010s
It is the turn of the century what provides access to the majority of information regarding this Hispanic criminal group. The rise in popularity of forums and social platforms allows for current members to share their experiences with both other criminals and the entire world.

From the year 2000, it seems like Sotel 13 went through several changes. Multiple individuals were either arrested or kept under surveillance following a variety of complaints. Crimes were often petty and included assaults, robberies, and the occasional armed confrontations.

Today, inhabitants of their original territories consider Sotel 13 a nearly defunct criminal organization. Although the occasional squabble still takes places, the efforts of both law enforcement agencies and the local populace, as well as better alternatives for young Mexican-Americans managed to further shrink the number of the gang’s active members. While reliable sources are once again missing, approximate calculations result in between 50 and 75 individuals being affiliated to the group.

The majority of the murdered and injured parties (from 2004 to 2005) were members of the Santa Monica 13 gang. On February 28, 2006, Eddie Lopez (SM13), was killed in front of a liquor store near Pico Boulevard and 26th Street in Santa Monica. In 2014, Jose “Youngster” Zapien, an active member of Sotel was sentenced to life in prison after being found guilty of two counts of murder and 12 counts of attempted murder.