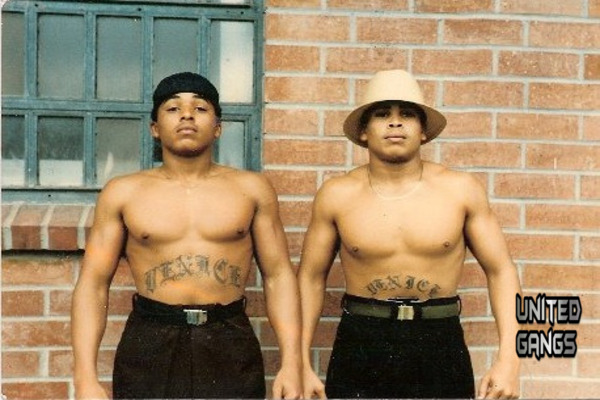 Foundation and Early History
Following the tearing of Mexican American and immigrant communities by the 405th Freeway, many emigrated to Oakwood. The city and its surrounding territory would later be labeled as “servant’s zone”. This location became one of the few in California where African Americans could live without risks.

By then, Venice was known as “ghetto by the sea” because of its dismissed conditions and low priced housings aimed primarily at poor European immigrants, young artists, and working class African Americans. The Venice 13 gang was born in this environment of extreme poverty and soon became one of the largest and most notorious groups in the area.

In the late 1960s, members of the Venice 13 who had been admitted to the California Prison System began playing a more active role within the state’s correctional facilities. Joining the Mexican Mafia, individuals belonging to the group were often used to maintain order and carry out missions while in prison.

From The 70s To The 90s
As ties with La eMe, the Mexican Mafia, grew even stronger, the group was tasked with maintaining control over the drug trade and transportation for the area of Oakwood. Venice 13, at the time, gained the majority of their income from the sale of potent narcotics to local hippie groups.

The 80s and part of the early 90s were characterized by the diffusion and rise to fame of both marijuana and crack cocaine. In an effort to remain relevant, members of Venice 13 began dabbling with these drugs, eventually strengthening their presence over the territory and creating a strong market.

In the 90s, high levels of unemployment as well as strong racial tensions would lead to an all-out war that reshaped the territory of Oakwood for years to come. Venice 13 exchanged blows with both African-American gangs (specifically the Venice Shoreline Crips) and other Latino families like the Culver City Boys. Some of those rivalries are still standing.

Modern Day Activities
Today, Venice 13 continues to fight for supremacy over Oakwood, the state of California and the entirety of the Southern United States. The group made it to the headlines in 2007, when members of the gang fired 13 rounds while leaving a local high school. The area was cordoned off by police while local and federal law enforcement officers attempted to shed light on the event.

The attack, which was originally aimed at one of their rivals, left three young kids on the ground and sparked a huge debate on safety and security within the area. More recently, members of Venice 13 have been reported taking part in other violent criminal activities. These often include murder, kidnapping, assaults with deadly weapons, and extortion.

At the time of writing, Venice 13 remains one of the best known and most discussed criminal associations of California.