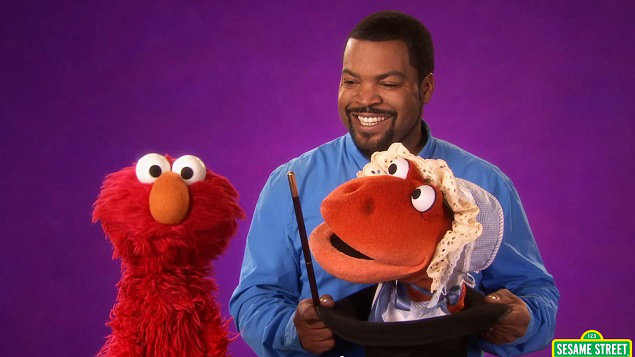 O’Shea Jackson, better known by his stage name “Ice Cube” is an American rap Icon and a pioneer of Gangster rap. He debuted with NWA.(an abbreviation of Niggaz Wit Attitudes), a rap group founded by the late Eazy-E, which included Compton rappers MC Ren, and Dr. Dre.The legendary Ice Cube appeared on Sesame Street, a television show dedicated to the education of kids.

He performed magic tricks with Elmo,also known as “Little Monster” who is a talking muppet. Ice Cube showed magician skills by making a penny disappear in thin air and pulling a baby dinosaur out of a hat and finally turning himself into an ice-cube. It’s safe to say, when it comes to Ice Cube, this rapper, family and businessman have a few tricks up his sleeves.