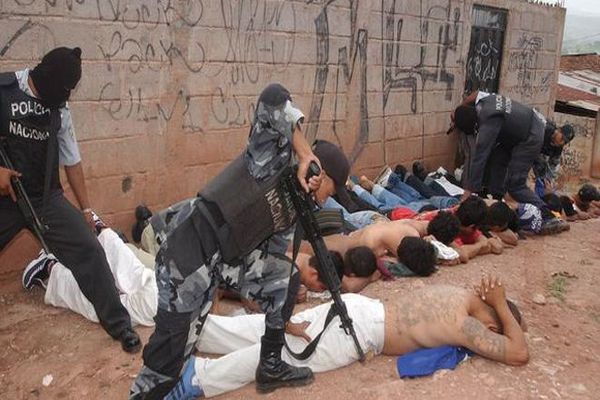 Washington Metro area officials are blaming illegal immigrants for a rise in gang-related violence and are imploring federal officials to enforce immigration laws and stymie the flow.

“We warned two to three years ago that this influx over the border of illegal aliens was going to cause an increase in MS-13 and other gang-related crime,”  Corey Stewart, chairman of the Prince William Board of County Supervisor, told Fox 5. “It’s happening. We are seeing it happen. It is not just in the border towns. It is happening all across America and we are seeing it especially here in Northern Virginia and the D.C. region.”

Maryland and Northern Virginia have an influx of immigrants and a rise in homicides, many tied back to increased gang activity, particularly with the notorious MS-13 group. District officials saw a record homicide rate in 2015, but Maryland is also struggling with a rise in violent incidents. Montgomery County Police said they investigated eight gang-related murders in 2015, four times more than in the previous year, reports Fox 5.

Law enforcement officials in the D.C. Metro area argue the spike in activity correlates with the wave of unaccompanied minors coming across America’s southern border.

The Supreme Court voted in a 4-4 split decision Thursday on Differed Action, which would have allowed illegal immigrants and their families to stay in the U.S. without fear of deportation. The split decision means the door is currently left opened for continued deportations of people living in the U.S. illegally.

CASA de Maryland, an immigrant advocacy group based in Maryland, says the decision puts immigrants back at risk, calling on President Barack Obama to halt further deportations for the rest of his term through executive action.

“We are so sad, so disappointed but we will not stop fighting until our families are treated with the respect and dignity they deserve,” Gustavo Torres, executive director of CASA, said in a statement. “President Obama has already deported millions of people but with this final blow to hope delivered by the Supreme Court today he should at least stop worsening the damage to immigrant families and communities.”

Despite the position of advocacy groups, local officials’ primary concern is preventing more gang violence. MS-13 is increasing its activity and targeting susceptible young immigrants. A surge of minors crossing the U.S. southern border in recent years is helping the notorious gang boost its ranks and instigate a new string of violent attacks in the city and surrounding areas.