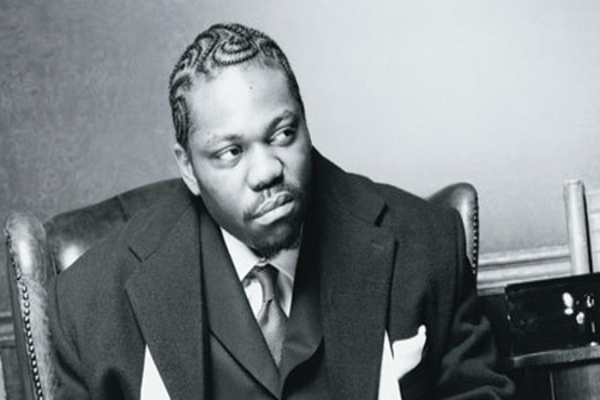 The rumors are true. Beanie Sigel was attacked by a member of Meek Mill’s Dreamchasers team because he allegedly told The Game some classified information about the crew. The assault took place backstage at the Bad Boy show in Philly, and Sigel was miraculously able to recover in time to perform.

Say it ain’t so. It turns out that Beanie Sigel, as The Game had revealed, really did get beat up by a member of Meek Mill‘s Dreamchasers crew. And there’s now footage to prove it. The very brief video clip, taken backstage during The Bad Boy Reunion tour’s show in Philly (Sept. 23), shows the aftermath of the assault, as Beanie is laid out on the floor and a man named Teefy Bey, an affiliate of the Dreamchasers, is dragged out of the venue by security. The bystander who shared the scene on Snapchat captioned the video clip by writing, “Beanie Sigel got knocked out.”

at’s more, Teefy Bey basically admits to the beatdown in a new interview with HHS1987. When asked if he heard about Sigel getting beat up at the Bad Boy show, Teefy responds, “Yeah I know about it,” jokingly remarking, “I think he passed out from his diabetic medication.” It’s unclear if Sigel is, in fact, diabetic, though he is without one of his lungs, as it was removed after he was the target of a nearly fatal shooting in late 2014.

Teefy Bey also shed some light on what prompted the Chasers to turn against Sigel, as days earlier (Sept. 18), the Philly vet featured alongside Omelly on Meek Mill’s “OOOUUU” remix, which functioned as a diss track in response to The Game’s “92 Bars” — the track that officially kicked off the beef between him and Meek. Teefy sums it up like this: “You broke the code of ethics on the streets, Beans.”

Teefy went on to explain that after welcoming him into the Chasers’ studio, Sigel went on to “back-door n*ggas with Game” and was allegedly guilty of “tellin’ n*ggas information that only the camp know.”

The sudden unraveling of Meek and Sigel’s hometown bond began to make more sense when a radio interview with Sigel from the day before he got beat up made its way online. Speaking to Baltimore’s 92Q, he confirmed that there was no beef between him and The Game, implying that he never intended to end up on Meek’s diss track. He then went on to point out that he had been in Meek’s studio “helping him out with some lyrics” before recording his own verse, which ended up on Meek’s diss against The Game.

With those comments, it seems that Sigel intended to stir the pot and call Meek’s skills and lyrical integrity into question. But in his more recent interview, Teefy suggests that Sigel’s misdeeds were more egregious than simply suggesting he had briefly acted as something as a ghostwriter for Meek. “And not the information you wrote, son,” said Teefy, implying that the intel Sigel leaked about the Chasers hasn’t been covered online. “‘Cause you didn’t. The information was more worse than that y’all.”

“And then some other shit came into play that I don’t wanna talk about,” Teefy continued, going on to conclude, “But at the end of the day, you can’t put me on Front Street when I’m a real n*gga bro…. Like you ain’t gonna try to play me or play my family or play my n*ggas out, you know what I’m sayin’ — for a nut ass n*gga named Game. That’s just the bottom line.”

Though Sigel looks to be immobile (and perhaps unconscious) in the short clip of the beating, he eventually got up and went on to make a surprise appearance at the Bad Boy show, making this story even more remarkable. According to TMZ, the assault took place before Sigel went on stage to perform his 2001 hit single “Beanie (Mack Bitch),” after which he declared to the crowd, “The real king of Philly is back.”