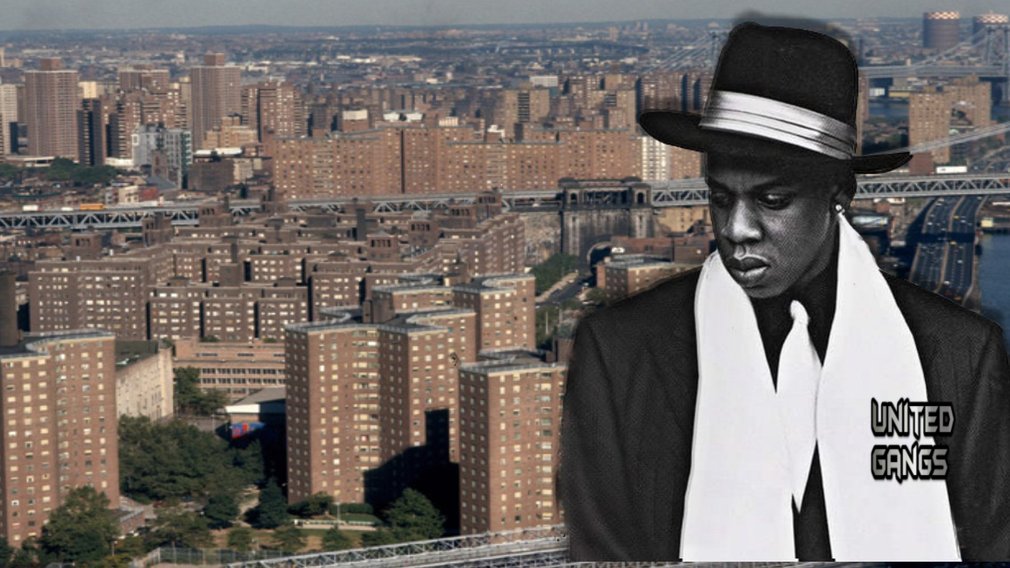 With a total area spanning a bit more than 70 square miles and a population of more than 2.5 million in 2016, Brooklyn remains the most densely populated part of the City of New York. An independent village until the beginning of the 20th century, this borough recently underwent radical and extensive changes.

Today, finding a house within its boundaries requires both luck and access to large amounts of money. Hipsters, artists, and international tech firms have reclaimed the streets, turning the area into a thriving center for liberalism and multiculturalism. If you happen to travel through the city, you shouldn’t be surprised to find different ethnic groups peacefully coexisting and sharing its spaces.

As a rule of thumb, strolling through the projects is never a wise idea. Local crime lords and gangs impose their own versions of the law, with violence arguably being a constant threat. If you really can’t help the need to visit these parts of the city, the following lines can surely help. Here are the 10 most dangerous projects in Brooklyn.

Number 10: Red Hook Houses
Completed in 1938, merely a year before World War II would erupt in Europe, Red Hook Houses is one of the several reforms introduced by the Roosevelt administration. The main objective behind the creation of this complex was giving the city of New York a functional space within which to grow.

When its doors first opened in 1939, rent was less than 6$ a month. According to accounts, the complex featured some of the most advanced technologies of the time. Eleanor Roosevelt herself would visit two families in 1940, praising the looks and sturdiness of their homes.

Today, things have changed. In 1988, LIFE magazine labeled the Red Hook Houses complex as the “crack capital of America”. In more recent times, surveys showed how a large part of its occupants lived on welfare and carried a firearm. There’s still hope, though: crime in the area seems to be going down.

Number 9: Van Dyke Houses
Part of a much larger series of houses known as Brownsville, the Van Dyke Houses complex was recently expanded. The 100 new units – financed by the NYCHA in 2015 – were purposely designed to house extremely-low and low-income families.

In an effort to promote education and keep young tenants away from crime, the site also offers a wide range of services. Community rooms, computer areas, employment workshops, social services specialists, and clinics are all available within the village.

No matter what, it looks like there’s still much to be done. In the summer of the same year, local newspapers reported an increase in murders and other violent activities. Starting on May 29th, 2015, six people were killed within the premises in less than 12 days. Two years later, crime remains a major issue.

Number 8: Howard Houses
Similarly to other places in the neighborhood of Brownsville, the Howard Houses complex often makes it to the news. Spanning from East New York to Pitkin Avenue, the 10 state-provided buildings are known as some of the most dangerous in the area.

Local residents are forced to keep their heads down while drug addicts and gangs commit a series of petty crimes. Pinned among robberies, assaults, thefts, and shootings, those who don’t fly the colors of a specific group have had to adapt in order to survive.

Among other things, a 28-year-old man was recently gunned down in front of the project following a rather heated argument with a fellow resident. Despite the abundance of witnesses, it took police almost six months to locate and arrest the perpetrator. Such delays may further highlight the need for caution while navigating the area.

The internet is full to burst with articles recounting the life and events that characterize this neighborhood. In 2012, TIME magazine ran a story that perfectly showcases the situation. Photographer Reed Young, who visited Brownsville while working at a documentary on crime in Brooklyn, was told it would be insane to walk around without an escort.

Things haven’t really changed since then. Even though gentrification is slowly catching on, Brownsville remains an extremely troubled part of the city. Solving murders and maintaining the peace is still a top priority for local enforcement officers, with cases piling up at an astonishing rate.

The 24 8-story buildings provide the perfect ground for all kinds of mischief. Often run-down and left for abandoned, these units are taken over by drug addicts, gang members, and peddlers dealing in guns and narcotics.

Perhaps in an effort to draw attention to the issue, a YouTube channel known as ShowUp Films released a dedicated series of videos set within the Pink Houses. Project Heat – that’s the name of the show – aims at giving its viewers a pretty accurate representation of life in the low-income part of Brooklyn.

Number 5: Tilden Houses
As with other parts of Brownsville, these buildings were first constructed to house the city’s growing population. The Tilden Houses complex and its 8 structures are yet another infamous spot in Brooklyn. Gang-related and drive-by shootings can be easily witnessed in the area.

Those who lived here between the 70s and the 80s still remember the peculiar atmosphere that characterized that period. Gunshots and loud noises were extremely common at the time, to the point where most wouldn’t even pay attention to them anymore.

According to the NY Times, in 2011 a young mother was killed and several children were wounded when a gunman opened fire on a group of rivals. In a different article, some of the tenants even confessed having given up walking outside at night for fear of being robbed.

Number 4: Ingersoll Houses
At 102 Monument Walk, right along Myrtle Avenue in East Brooklyn, the housing project known as Ingersoll Houses can be found. Currently managed by the New York City Housing Authority and first completed in 1944, this complex includes 1823 apartments scattered across an area of almost 23 acres.

In recent times, the neighborhood further plunged into chaos. According to multiple sources, poor living conditions and widespread despair can be blamed for a long series of crimes. Murders rocked the streets around the Ingersoll Houses for long. A couple of years ago, for instance, a 76-year-old man was gunned down in what is still believed to have been a drug dispute.

High rates of unemployment and little to no alternatives encourage an increasing amount of young people to take up a career in crime. As the bodies pile up, local residents admit to being scared and – most importantly – quickly running out of hope.

Number 3: Marcy Houses
Best known as the birthplace and childhood home of famous businessman Jay-Z, the Marcy Houses are only a handful of miles to the left of central Brooklyn. The 27 building making up this complex yield a total of 1705 apartments.

The rapper, who’s now worth more than 8 million dollars, often mentions the time spent at the Marcy Houses throughout his childhood. In his many songs, the MC never fails to remind his listeners how drug dealing, gang-banging, and the constant threat of death irremediably shaped his life.

Today overpopulation, poor conditions, and an exceptionally high crime-rate still play a major role in the area. According to estimates, more than 4200 people live within these projects. Many of these come to terms with violence at an early age, eventually accepting it as a part of their existence.

Number 2: Eleanor Roosevelt Houses
Named after the longest-serving first lady in the history of the United States, this group of buildings is a place that more than 2000 people still call their home. Located on Pulaski Street, the towering structures can be easily recognized from miles away.

The dirt-brown facades littered with tiny windows hint at a life that is far from being pleasant. Throughout its existence, the Eleanor Roosevelt Houses saw waves of crime, violence, repression, and suffered from the lack of an efficient long-term solution.

Recently, these streets were once again flooded with drugs and firearms. In March 2017, a police operation succeeded in shutting down a local drug ring and led to the arrest of 11 people. Alongside other evidence, officers confiscated guns, heroin, crack cocaine, and more than 25 pounds of weed.

Number 1: Tompkins Houses
Life at the Tompkins Houses in Bedford-Stuyvesant is so miserable that the NYCHA had to issue a statement in mid-2016. In the message, delivered to all residents, the government agency apologized for the lack of maintenance and the inability to grant standard living conditions.

Run-down buildings don’t seem to be the only problem around that neighborhood. Violence in the streets is still rampant, although some residents would swear the actual number of crimes went down during the last 10 or so years.

In 2014, residents witnessed the brutal murder of two police officers only a handful of feet away from the main gate. One Ismaaiyl Brinsley approached a parked patrol car and proceeded to unload his handgun at point-blank range. Both officers died within seconds. The killer, who fled on foot, would later take his own life using the same weapon.

This was our list of the 10 housing projects in Brooklyn that you should steer clear of!
Have you ever had the chance to walk through some of these locations? Know some stories or first-hand testimonies about the life in a public housing complex?